Gems captain and Surrey Storm goal defender, Felistus Kwangwa, believes women in sport are working hard to earn their stripes and future generations are likely to enjoy the proceeds. 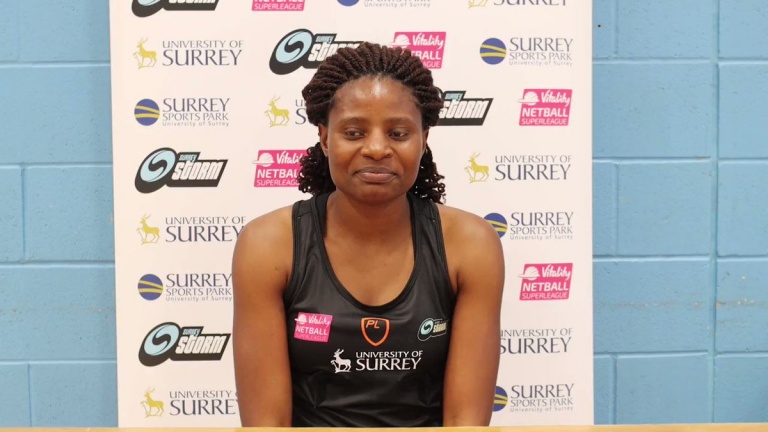 The Zimbabwe netball team star, who turned 26 on Tuesday, is leading the way in team sport, after individual sports stars had dominated the scene, with Kirsty Coventry and Cara Black, leading the way.

Kwangwa signed a professional netball contract with Vitality Super League side, Surrey Storm, and made her debut last month in the United Kingdom.

The Herald caught up with Kwangwa a day after her birthday celebrations.

“I really had a great day, literally, I spent my day on social media pages trying to respond to people who were sending messages,’’ she said.

Kwangwa ready for new challenge in the UK

From Njube to Liverpool. . . ‘I was forced to play netball’

“I felt if I don’t respond to them, yet they had chosen to celebrate with me, it would not be nice, in as much as I was busy, I tried to always be on Whatsapp.

“And, then, early in the morning, I woke up earlier than what I usually do, on normal days, because my family was calling me and some friends were wishing me a happy birthday.

“Then, I went to training where I got a cake from my team, then when I got back home, I stay with a host family, so it was more of a surprise, I found presents in my room.

“Then, I was on the phone with my boyfriend, trying to catch up because the whole day I was only able to talk to him for two minutes, because I had many calls.’’

Kwangwa believes, as netball, they fought to get the recognition they were currently getting.

“It is an issue of the society, just before the World Cup, I would say we didn’t get the recognition that we deserved, as a team, because whenever we went to the African Championships, we always brought home medals,’’ she said.

“But, the support we got was only from those people who were more into netball, than the whole nation.

“I can say, during the World Cup, things really changed, some sponsors came in, in terms of marketing, we were good ambassadors.’’ She said it hasn’t been an easy journey.

“I remember in 2019, the football women’s national football team travelled to Zambia, a day before a match by bus, and didn’t get anything after the match,’’ said Kwangwa.

“It becomes difficult for us to take sport seriously, if we are not able to bring food on the table, yet those are our jobs and profession, which we love, and we spend time training preparing.

“I hope those things will be corrected, whenever we are wearing those uniforms, we are just like men, or people who would be wearing suits, there is still a problem in that area.

“But, because women have got passion, and are determined to make things better, that’s why we keep fighting, it might not be for us but, for future generations.’’

She believes most women sporting disciplines were still at the developmental stage and were not being given the same support like football.

“But, I am glad, people are working very hard so that it can reach those levels, but I know it’s a matter of time, it will take time,’’ she said.

“We have got time to do that, sometimes I cannot blame the community, in general, or the corporate world, for not being able to fund sport because the economy, at some point, doesn’t allow us to do so.

“I believe we will get there but it needs patience and the journey is going to be very hard.’’ Kwangwa is happy to be playing a part in the revolution, after she became the first local netball player, to sign a contract in Europe.

“The good thing is I have lived during the time when we can lay better foundations for future generations,’’ she said.

“We just hoping that, after some years, we will see women in sport getting equal money, and recognition, as the men.

“When we say we are taking it as a profession, just like men, we expect to get a decent income, like what happens to them.

“My message is to my fellow Gems, they all miss netball, we are still in touch, we still talk but I cry as I remember when we used to play together.

“They are looking forward to get back to the court.

“To them, I would say we need to shed off those lockdown bodies and weight. I know they have been doing something to try and keep themselves fit.’’ The Herald

Kwangwa ready for new challenge in the UK

From Njube to Liverpool. . . ‘I was forced to play netball’