Four former ZINARA top officials were yesterday dragged to court charged for criminal abuse of office during the time they were in office.

Taranhike and Masiyiwa who are former Finance Director and Chief Executive Director respectively were first to appear before magistrate Muchuchuti and were released on $20 000 bail each.

The court heard that in September 2016, ZINARA sought for security service companies to provide security services at its sites across Zimbabwe and a tender was subsequently flighted in the newspaper.

Twenty-four companies responded to the bid for the tender and Ex-combatants and National Eye Security Company were part of the respondents and after the opening of the tender, an evaluation team was set up as part of the procurement process.

The team went through an evaluation tour of all the 24 respondents and came up with a report but the evaluation team was dismantled before the report was signed.

The report is alleged to have stated that Ex-combatants and National Eye Security were not suiting the required standards and didn’t have dogs and firearms as required, after the evaluations were done, the procurement management was supposed to sit and come up with a suitable bidder but no such committee sat. 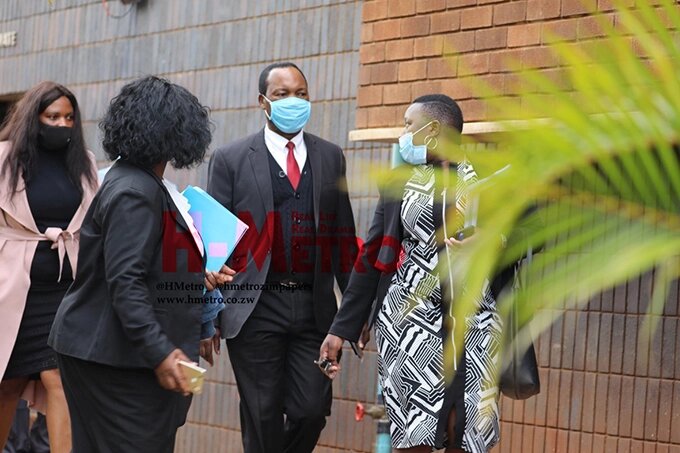 The State further alleged that on April 3 2017, Taranhike, contrary to his duties as the procurement chairperson, who was supposed to ensure that procurement procedures were followed and intending to show favour to Ex-Combatants and National Eye Security Service single-handedly selected the two companies together with Masiyiwa, and advised them that they had won.

Taranhike signed the contract between ZINARA and the two security companies without following the correct tender procedures.

Second to appear before Muchuchuti-Guwuriro was Mujokoro and was employed by ZINARA as CEO during the commission of the offence.

The State alleges that Mujokoro unlawfully extended Ex-Combatants Security Company’s contract showing favour to it despite the letter issued by the Director Administration advising them that their contract was not going to be renewed.

Mujokoro was released on $20000 bail and was ordered top report once a week at Milton Park Police Station.

Muzenda who was also ZINARA CEO, from June 10-November 29 2019, appeared last before magistrate Muchuchuti and the court heard that Muzenda extended the contract with the security companies fully aware that Modern Security and Real Star Security companies had won the tender.

Ace Magashule clears air on his removal from virtual meeting

’Step aside’ rule to cause more strife for the ANC says…