What happened to Itai Dzamara?: Zimbabwe’s own Jamal Khashoggi

A declassified US intelligence report released recently confirmed what the world already knew. Saudi Arabia’s Crown Prince, Mohammed bin Salman ordered the ‘capturing or killing’ of Jamal Khashoggi who was a prominent critic of his. This information is not new as Turkey’s security agencies made sure the world knew what happened inside Saudi Arabia’s consulate in Istanbul. 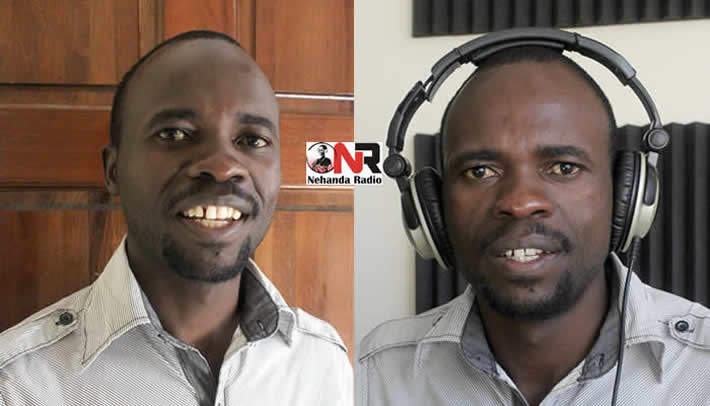 The activist journalist lived in exile due to his public dissent of the repression orchestrated by the Crown Prince in Saudi Arabia. Former US President Trump refused to publish the findings of the CIA but President Biden cleared the publishing of the report.

The report is a sobering reminder that we too as Zimbabweans must ask about the fate of a man who was as brave as Khashoggi. A man who stood up by himself against the system fighting oppression. A man whose fate remains unknown to this very day.

Itai Dzamara was a long-time critic of the then President of Zimbabwe and the ruling party ZANU PF. A few months later in 2015 he was abducted by state security agents.

No answers 7 years after Itai Dzamara was abducted from…

Today Khashoggi’s fiancé, Cengiz, has taken it upon herself to demand for justice. For Itai the demand for justice was assumed by his brother, Patson. As can be expected, Patson’s questions also landed him in trouble with the government.

Five years after his brother’s abduction, Patson was suddenly diagnosed with colon cancer. Strangely there was no history of the disease in their family. Some activists who were arrested on several occasions with Patson publicly confirmed what many had feared. During their incarceration they had been served food and water laced with radioactive materials courtesy of the state.

Patson died without knowing of his brother’s fate.

It is likely that his quest for his brother’s fate led him to an untimely death. No one from the Dzamara family has risen yet again to ask about Itai nor to question the circumstances of Patson’s death. Perhaps the two sons they have lost to asking questions are one too many for a single family. Maybe it is now time for other Zimbabweans to also ask that important question:

What happened to Itai Dzamara?

Asking questions is a natural phenomenon that is exhibited by all humans especially at infancy. It is unfortunate that dysfunctional educational systems discourage this natural human trait and brainwash students to memorize things and stop questioning. Asking questions should be a normal thing in democracies or rather in states that purport to be democratic.

The British have a tradition called Prime Minister’s Questions (PMQ’s) which takes places every Wednesday at 12 midday. The leader of government is taken to task and asked questions in full view of other parliamentarians and the public. The event is broadcast live on national television.

This tradition promotes a culture of accountability among leaders of government. Each Wednesday the Prime Minister faces many questions even from back bencher MP’s on government policy and any other matters that may be necessary.

As a Zimbabwean citizen I have a question as to the whereabouts of USD15 billion that was from diamond proceeds. I want to know who benefited from the proceeds of diamonds and what will be done to recover the loss. I want to know what the President is planning to do with the Daily Maverick’s report on state capture.

Also, I want to know about what happened to Itai Dzamara.

If the President and the current government were not involved in Itai’s disappearance, they must prove it by declassifying the relevant intelligence reports. This will absolve them and perhaps the truth about Itai’s fate will finally be known.

And of course, to Patson too. May his soul rest in peace.

Clinton Siniwa is a UK based Chartered Certified Accountant and a Member of the International Institute of Business Analysis. You can engage with him on Twitter @ClintSiniwa

No answers 7 years after Itai Dzamara was abducted from barbershop