Elephants on rampage in Beitbridge 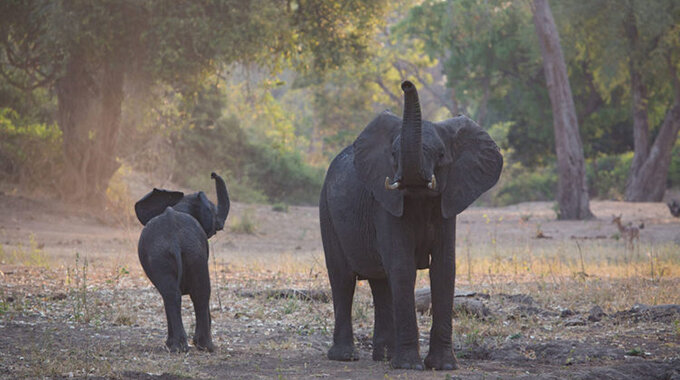 Elephants have been destroying crops in Beitbridge in the last two weeks, especially along the Shashe River on the Botswana border and the Limpopo on the South African border with the animals reported to be coming from national parks in the two countries.

ZimParks has dispatched a team to assess the situation and take action to control the animals.

According to a member of the disaster rapid response committee in Ward 15, Mr Albert Masiya, the elephants are on the rampage in Tshapongwe, Mapithi, Tshambombela, Toddy, and Dumba areas in Beitbridge East, and some farmers are losing their expected bumper crop.

“The hardest-hit are those at Tshapongwe, where people are not only worried about their crops, but being attacked. We need a long-term solution to this problem.”

Mnangagwa brags he took 15 years to build 28 houses in…

In Beitbridge West, the elephants are reported to have destroyed crops in Ward 6 at Makhakavhule Malala and Mzingwane, and in Ward 7 around the Masera area.

“We have raised the issue with ZimParks officials, and we are expecting to see action on the ground, to manage this wildlife and human conflict,” he said.

Beitbridge East Member of Parliament, Cde Albert Nguluvhe said he had received reports of a herd of 30 elephants destroying crops in the Tshambombela area.

“When I visited the area last week, I also heard about the community’s plight and will follow up on the current interventions with the relevant authorities,” he said.

“We are on the ground to ascertain the nature of the problem pending further action,” he said.

After repeated droughts, the Government and its partners have been helping close to 15 000 families with food. So far 4 057 small-holder farmers have planted crops on 416 hectares under the Intwasa/Pfumvudza initiative since the start of the present summer cropping season, with an additional 2 407 hectares planted through traditional farming methods, with maize covering 976,24ha, sorghum 941,44ha, and pearl millet 489,54ha. The Herald