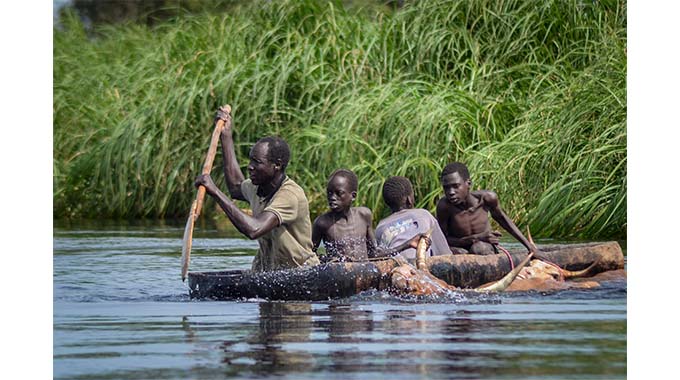 Three people were swept away after they attempted to cross a flooded Munyati River using a makeshift canoe.

Midlands provincial spokesperson, Inspector Emmanuel Mahoko yesterday said the bodies of the deceased have since been retrieved and their next of kin notified.

He said the incident happened on Wednesday.

Robert Mapfumo (30), Calisto Ruvazhe (32) and Kenneth Paraffin (33) all of Mhondoro, reportedly tried to cross the flooded river while on their way home from work and drowned.

We thought it was the Holy Spirit – church members on…

The canoe capsized halfway through resulting in the three being swept away.

Ward Two councillor, Tichaona Rodgers Nhari said the trio was employed by Africa Chrome Fields (ACF) and they were dropped at the crossing point by their company vehicle.

“The three were ACF workers and were swept away while attempting to cross the flooded river on their way home,” said Cllr Nhari.

“We urge people to refrain from crossing flooded rivers as attempting to cross such rivers results in unnecessary loss of life. This incident could have been avoided,” said Inspector Mahoko.

Last week, six people drowned after the vehicle they were travelling in was swept away as they attempted to cross a flooded Gweru River. The Chronicle