Police in Bulawayo have impounded more than 80 vehicles for illegally transporting people in violation of lockdown regulations. 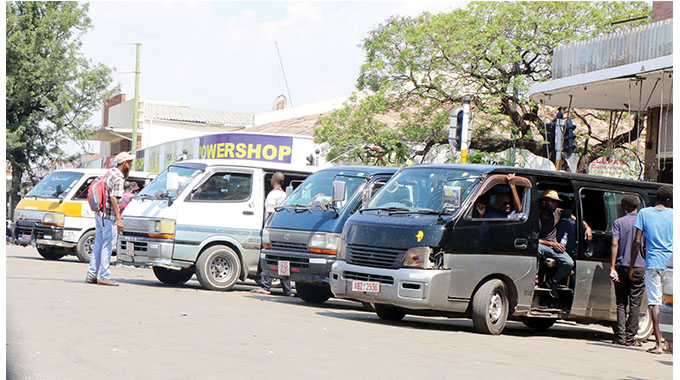 The mushikashika vehicles as they are known, have topped the list of lockdown violators.

Since the Government announced the level 4 Covid-19 induced 30-day national lock down on January 5, a number of kombis not registered with Zupco and other smaller vehicles have been illegally ferrying commuters.

Insp Ncube warned illegal transport operators he accused of illegally transporting commuters to town that they risk being arrested.

“Police in Bulawayo are warning illegal transport operators, be it kombis, trucks or other vehicles ferrying people into town and back that what they are doing is criminal and they risk being arrested,” he said.

Insp Ncube said the blitz on pirate taxis is not confined to the Central Business District but covers the entire Bulawayo province.

If one’s vehicle is impounded, Insp Ncube said, it would take at least seven working days to clear it as it would be taken to the Vehicle Inspection Department.

He said those boarding pirate taxis risk being charged as accomplices.

“Members of the public are urged to comply with the measures put in place by the Government to contain the spread of the Covid-19 pandemic and this includes motorists and the general public,” said Insp Ncube.

He said those boarding pirate taxis are exposing themselves to criminals and those pirating could also be victims of carjackers.

“We have three Honda Fit drivers that were killed recently after being hired by criminals,” said Insp Ncube.

He also warned motorists who sell goods by road intersections that they risk being arrested.

“There are people who have turned intersections such as Luveve- Cowdray Park intersection, Masiyephambili and other such intersections into markets but selling from their vehicles and these people risk being arrested,” said Insp Ncube.

He, however, said it was not all negative against residents as many of them had taken heed of the Government’s call for them to stay at home.

“I must commend the public for heeding the call to stay at home, which has resulted in a drastic reduction of the average number of residents coming to town daily,” said Insp Ncube. The Chronicle