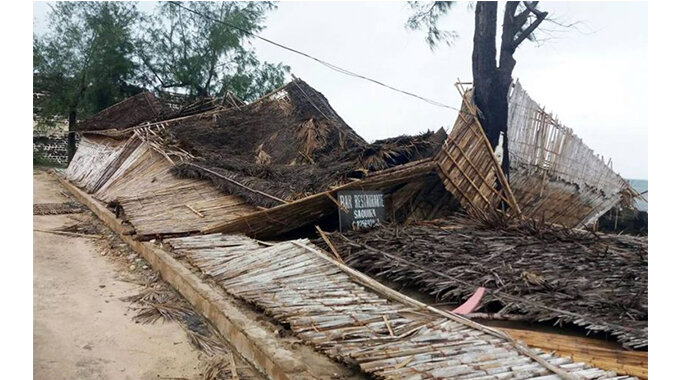 An 80-year-old granny died after strong winds that ravaged Gokwe North destroyed her house and left about 100 people homeless.

The granny, who was admitted to Gokwe District Hospital, died from injuries sustained after the house collapsed on her last Friday.

Schools and a clinic where not spared by the storm.

“The storm accompanied by strong winds destroyed infrastructure across the district. We have a granny who passed on after a house fell on her. A 15-year-old girl who was also injured when the house she was in collapsed, is recovering well at hospital,” said Mr Musakanda.

He said six schools had their roofs blown off by the strong winds.

“Tafara, Zvanaka, Tenda, Mutakayi, Chiwodza, Budiriro and Vhumba primary schools as well as Gumunyu High School, had roofs of their classrooms blown off,” he said.

Mr Musakanda said more than 100 people were left homeless after their homes were destroyed by the violent storm.

He said value of the property destroyed is estimated to be US$514 000.

“We have since sent a report to the national CPU and we are waiting for their response” he said.

Mr Musakanda said his committtee was mobilising resources to put up temporary shelters as well as provide food to affected families as it awaits further instructions from Government.

“We have mobilised tents and will use some classrooms to accommodate some of the affected people.

“We have since engaged development partners who are willing to come on board to assist us,” said Mr Musakanda.

Gokwe is flood prone and Mr Musakanda said his committee was on alert.

Meanwhile, a 42-year-old woman under Chief Tshitshi in Mangwe District of Matabeleland South Province was struck and killed by lightning last Tuesday.

“The woman was coming from a women`s club meeting and was about 50 metres away from her homestead when the lightning struck,” she said. The Chronicle