The search for the missing head of the late seven-year-old Tapiwa Makore, who was grisly murdered for ritual purposes, continued on Wednesday at Thanks Makore’s house in Damofalls running late into the night.

Thanks is the late Tapiwa’s uncle and is suspected to have buried the boy’s head in his fowl run at his house.

Thanks began digging in the fowl run around 10am yesterday and by 7pm last night nothing had been recovered. 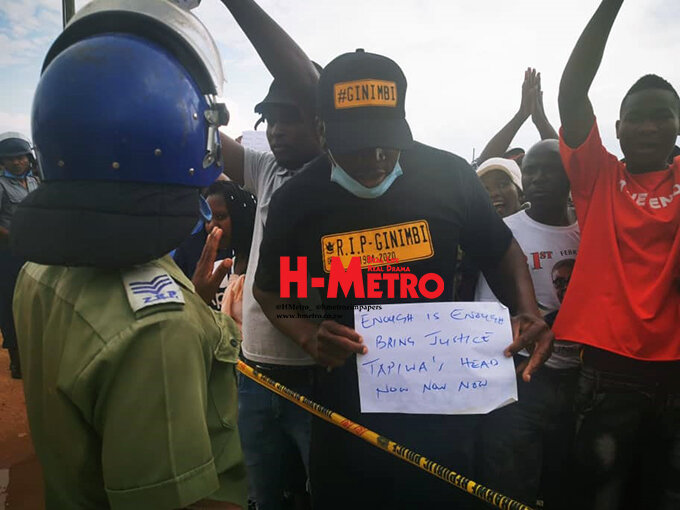 Police at the scene last night had to call two sniffer dogs to help in the search but the efforts yielded nothing.

Last night police were vowing to bring other well trained dogs to intensify the search.

More than a 1000 people spent the day waiting for results as Thanks dug his fowl run looking for the head. 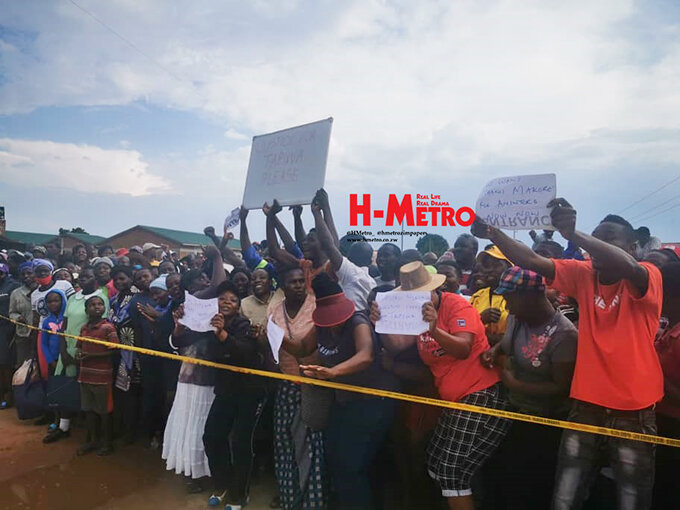 The people sang out loud, calling for the exhumation of the head despite the heavy rains that pounded Damofalls.

Inside information last night said Thanks was changing goal posts last night as to the whereabouts of Tapiwa’s head.

Residents yesterday said one builder called Dragon had been used to build a slab after the head was buried in the fowl run.

The builder could not be located last night as he was said to be working on another contract a bit far from Damofalls.

There was heavy police presence last night as the search continued but there were signs of fatigue from the police while the swelling crowd sang for Tapiwa’s skull’s recovery.

Police spokesperson Assistant Commissioner Paul Nyathi said police had not recovered the skull adding that the search was still on-going.

“The public should take note that police are doing routine investigations which include searches for any evidence related to the murder case.

“Contrary to social media frenzy, no head, arms or body parts have been recovered in the ongoing searches,” said Ass Comm Nyathi.

He said the public would be kept apprised on the progress of the investigations. H-Metro