Singer bashed by lover over video

Naiza Boom’s video features models whom his lover identified as Egness had problems with.

In the video, Naiza Boom is seen kissing a beautiful model, Sontana.

Upon seeing the video, Egness is said to have attacked him with her shoes on the head.

“I understand her, its normal for her to act that way because she is still learning about me and the demands of the arts industry.

“I will be patient with her until she fully understands my work. We went for a counselling session over the issues. 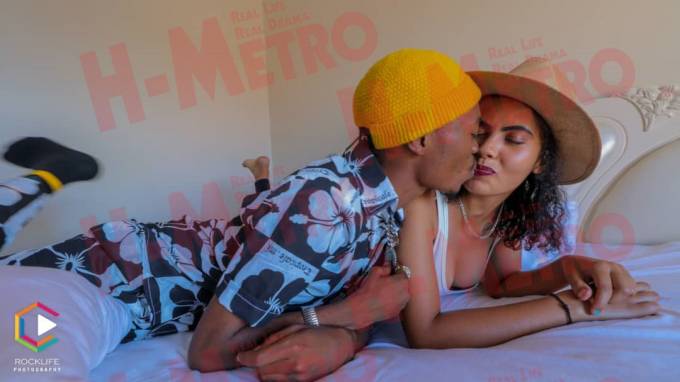 “She is now beginning to understand my work and the kissing was not even real, it was just a video-edited in order to give the theme a bold meaning.”

“I feel ashamed for my actions but I got angry and acted.

“I want to apologise to the whole team especially Sontana and NB Films (Musha wemacomedy) crew.

“I now understand Naiza’s job and I will support him as an artiste, I love him,” she said.

Video director Rocklife Media said: “The kissing was not real and it was video-edited.

“I had however briefed the actors on the possible implications of the scene and the actors had agreed to put their houses in order before rehearsals and shooting.

“I sympathize with both Naiza and Egness but the video was done professionally and above board.”

Despite the events that have unfolded following the video, Naiza was commended by his Manager “Mugo Mix”. I am happy that Egness has finally come to terms with Naiza’s thing”, Mugo Mix said.

Sontana, the model said there is nothing going on with Naiza,

“It’s unfortunate that Egness took the issue to an emotional level, I am a professional whose heart has no place for loose morals. This video was done strictly for business and nothing else. I sympathize with Egness,” she said. H-Metro.