Over the past two weeks social media has been awash with images and videos of schoolchildren in unidentified classrooms engaging in all manner of misfit conduct such as abuse of drugs, x rated lap dances and posing semi nude while clad in school uniforms. 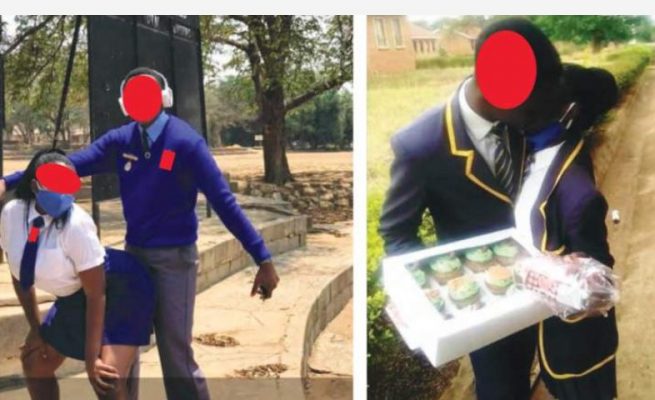 Such deviant behaviour displayed by school children is not something loving parents would expect their own children to indulge in.

But, alas, the absence of incapacitated teachers in the classrooms has left a guardianship vacuum which has allowed students to go astray without anyone to regulate their behaviour.

Which brings the question of who is to blame for this new found detrimental dysfunction being exhibited by school children in the absence of teachers.

Is it the parents, teachers, students themselves or the government’s fault?

Outspoken Progressive Teachers Union of Zimbabwe (PTUZ) secretary general, Raymond Majongwe argued that students’ deviant behaviour was a reflection of our society as a whole.

“Why should we look at who is to blame? The deplorable conduct of students is a reflection of our societal issues bedevilling us as a nation.

“That we have been celebrating the wrong things, radio, TV, and social media disseminate nudity, and when students emulate what they see we now look for who is to blame.

“Our own ZimDanceHall artists sing about pornography, nudity and drug abuse and our kids are exposed to all this profanity, now when they imitate we are quick to look at who is to blame instead of nipping in the bud what is causing this deviant behaviour,” he said.

Majongwe noted that the root cause of students’ deviant behaviour was the liberal approach that Zimbabwe has been pursuing with regard to the welfare of school children, and not the absence of teachers in the schools.

“For a while we have been aware of the troubling trend of vuzu sex parties, and the government did nothing about it.

“The moment you say kids can go to the same school after they fall pregnant is an epistemic problem on its own which needs to be corrected,” he said.

Firebrand Amalgamated Rural Teachers Union of Zimbabwe (ARTUZ), president Obert Masaraure however, did not share the same sentiments with Majongwe arguing that the government was to blame for the students’ deviant behaviour.

“We insisted that schools should remain closed until the salary crisis and safety concerns have been fully addressed.

“We further urged the government to institute a counselling regime for learners after the long lay off.

“The government ignored all our recommendations and hurried schools opening. Government should shoulder full responsibility and apologise to the nation for dragging our education into the mud,” he said.

Minister of Primary and Secondary education Cain Mathema professed ignorance on the issue of images and videos of students circulating on social media.

“I am not aware of any videos and images of students engaging in errant behavior circulating on social media.

“If that is the case there is nothing new about it, what you should do is interview the students that took pictures of themselves to understand why they did what they did.

“As far as I’m concerned there is nothing new about school children engaging in errant behaviour if the case is true,” he said.

Vibrant opposition Transform Zimbabwe (TZ) leader Jacob Ngarivhume who has been vocal about the ongoing education crisis recently urged parents to withdraw their children from school in the absence of teachers.

“Recently I have been touring schools around Harare and most if not all have got no teachers, you only find the headmaster, deputy headmaster and reception staff.

“Children are on their own with no one to look after them and they are not taking any classes, so I want to encourage parents to withdraw your children from school urgently.

“The educational crisis has deepened to let your children stay in school without guidance,” he said.

Ngarivhume noted there was a need for all stakeholders to engage to resolve the education crisis before the matter escalates and gets out of hand. Nehanda Radio

‘We can’t even buy underwear with our salaries’, teachers go for…