The funeral procession of two Kadoma socialites painted the City of Gold red, bringing business to a standstill 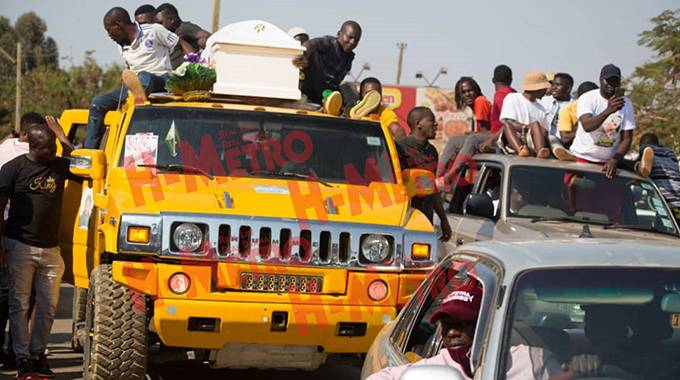 The two deceased, Wayne Chiripo (26) of Waverley and Cynthia, from Rimuka suburb, died in a horror crash on their way home from Harare where they had gone for undisclosed business.

The two were close friends, who used to bling in Kadoma’s popular hangout spots.

Wayne was known for his wedding training skills.

On the other hand, Cynthia used to do rounds in salons and boutiques trading various merchandise.

Their coffins were paraded, separately, on a yellow Hammer belonging to one Littern Chikowore.

What started as a slow day in the city turned chaotic as multitudes of people swarmed Cameroon Square to pay homage to the departed two.

Wayne’s body passed around 10am for burial at Town Cemetery adjacent to Kadoma General Hospital. 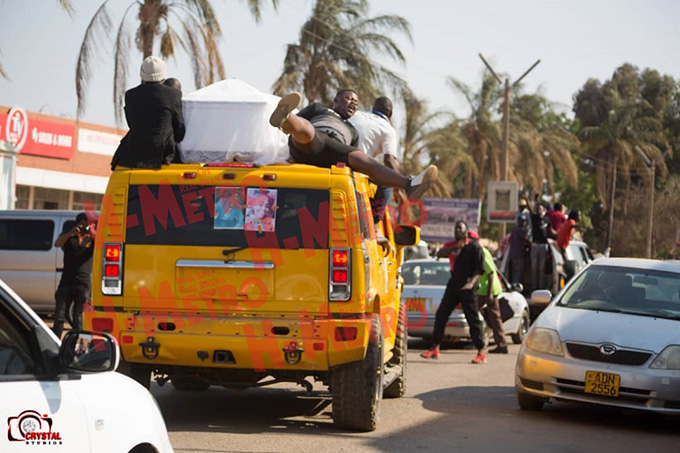 Popular shopping mall Sam Levy’s Village was blocked by customers and business operations when the Hammer parked right in front of the imposing building.

Police could not immediately disperse the crowd as they were also caught unawares.

Later in the day, around 1pm, it was Cynthia’s turn. 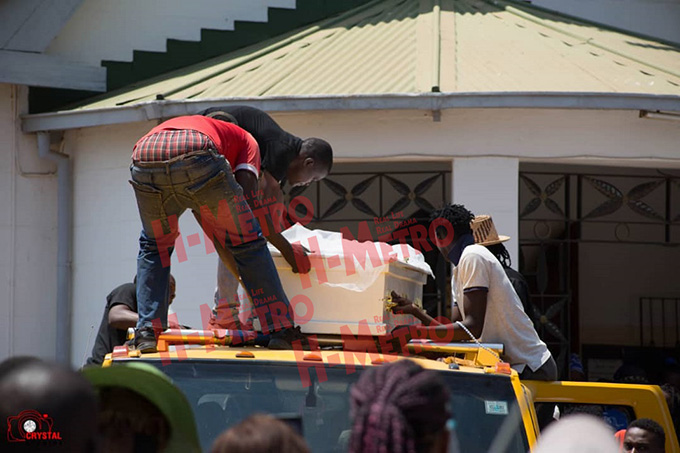 The same Hammer returned to the CBD with the coffin.

It took close to an hour for the convoy to pass through the CBD, causing a traffic jam.

Police tried to quell the madness, but it was one move too late – the public had its day. H-Metro