Media personality Misred has been at the receiving end of some nasty abuse and body-shaming online, after a post in which she suggested that the country had seen enough of the Jerusalema Challenge, the dance routine inspired by Master KG’s song that has gone viral around the world. 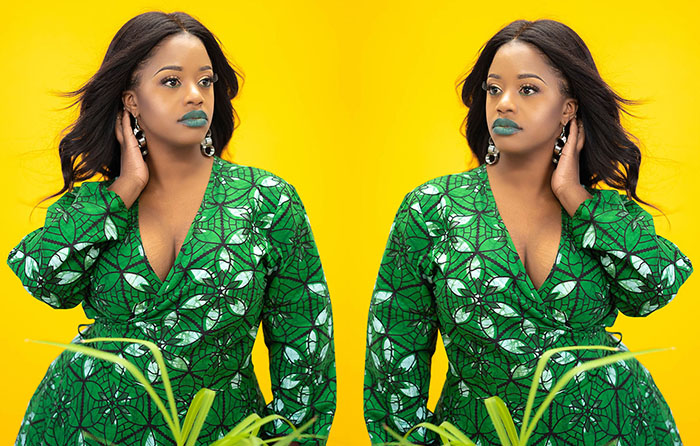 The ZiFM star presenter was recently the subject of another social media onslaught after an interview with Ghana Radio in which she insinuated that suggestions of a political and economic crisis in the country were social media generated.

“There’s a very big disconnect between what’s going on the ground and what’s going on social media,” Misred claimed in an interview that came on the back of a vicious crackdown on perceived opponents by President Mnangagwa.

That comment unleashed a torrent of abuse from fans that were disgruntled by the radio personality’s failure to correctly paint the picture of a country that she claimed was not a “war zone” by any stretch of the imagination.

A month later, it seems the vivacious Misred is not yet back in the graces of social media commentators, with angry followers attacking her for a post in which she expressed her annoyance with the Jerusalema dance.

“I don’t know who needs to hear this…. but Taabho ne ‪#Jerusalemchallenge,” Misred tweeted on Monday. ‬

‪In response, most of those who responded to the post were brutal, with some followers body shaming the media personality as they poked fun at her weight. ‬

“@iMisred uri MUROYI iwe. We have never had a song from Africa that has gone globally like this. And iwe woti it shud stop 😉. Apa yesterday u posted that we shud celebrate others. Don’t be JEALOUS nhai dhafu korera. Celebrate others when it’s their turn nhai OVERWEIGHT😆,” one follower tweeted.

In other comments, she was accused of being an agent of the ruling party.

“The Zanu agent with her nonsense again. Can’t you wait till next year bro. Yes we know Zanu pays you well but even Ronaldo and Cyril Ramaphosa have endorsed the Jerusalem dance challenge. Please go back and inform your Zanu sponsors to delete the zbc Jerusalem challenge.”

Asked by one follower how she coped with such comments, the media personality said she had become numb to the abuse.

“What do you mean survive? I’m ok with respectful difference in opinion, but when people are intentionally offensive I really ignore. Lol I’m far from bothered. I just hate the idea of enabling trolls but trust me I’ve been desensitized for a while now,” she tweeted. Nehanda Radio

ZPMM member arrested for initiating a petition on Zimbabwe crisis

MisRed again claims Zimbabweans are exaggerating crisis in the country