A woman fell out of a moving car on the M25 while leaning out of the window to film a video for Snapchat.

She fell from the car into a “live lane” between junction six and the Clacket Lane Services at 01:30 BST, Surrey Police traffic officers tweeted.

The woman was not badly hurt but police said it was lucky “she wasn’t seriously injured or killed”.
She was treated at the scene by paramedics. No arrests have been made, police added.

In a post on Twitter, the Roads Policing Unit said: “The front seat passenger was hanging out the car whilst filming a Snapchat video along the M25. She then fell out the car and into a live lane.

“It is only by luck she wasn’t seriously injured or killed. #nowords” 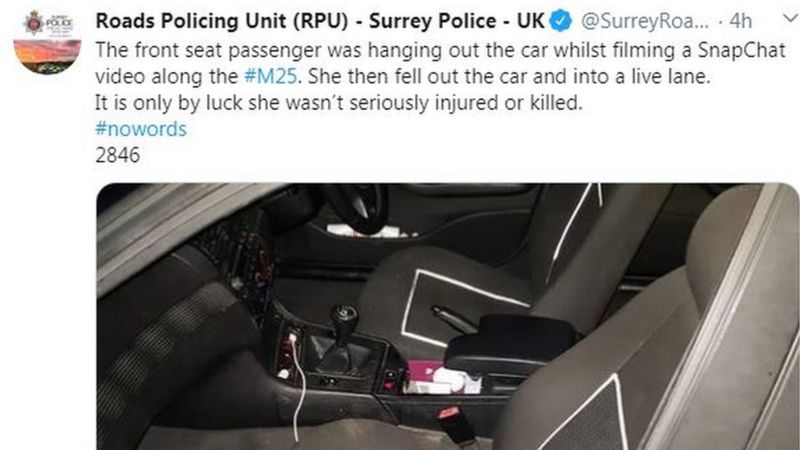 A force spokesman said: “Officers were called to the M25 between junction six and Clacket Lane Services shortly after 01:30 BST this morning following reports of a female falling out of a moving vehicle.

“The woman was treated by paramedics at the scene and her injuries were not life-threatening or life-changing.” BBC News