Illegal panners die in mine shafts 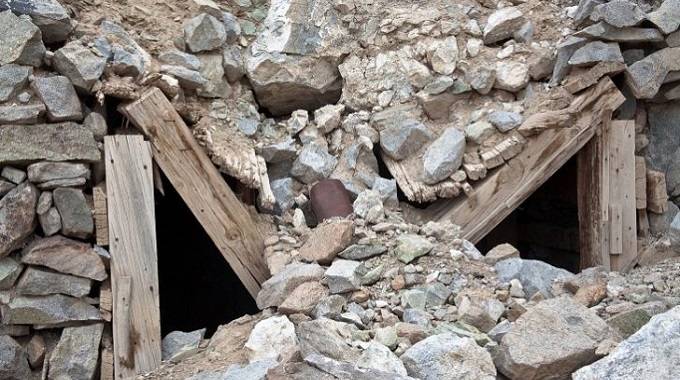 Two illegal gold panners died after mine shafts they were working in collapsed in two separate incidents that occurred in Matabeleland South province.

He said in the first incident, Buhlebenkosi Ndlovu (22) was working in a shaft which is about 400 metres deep when it collapsed in Filabusi last Friday.

“I can confirm that we recorded two sudden death cases where two illegal gold panners died after shafts they were working in collapsed.

Wild West at gold mine as night unleashes menace

“In the first incident Buhlebenkosi Ndlovu from Zhukwe area was working in a 400-metre-deep shaft at Empire Mine in Filabusi,” he said.

“The shaft collapsed and buried Ndlovu inside. His body was retrieved by fellow villagers who dug him out.

“The matter was reported to the police who attended the scene. His body was conveyed to the Filabusi District Hospital Mortuary.”

Chief Insp Ndebele said in the second incident, Munyaradzi Muchena (28) was working in a six-metre-deep shaft at Esigodini Ncema catchment together with Mr Tawanda Ndlovu over the weekend.

He said the shaft collapsed while Muchena was inside.

The police spokesperson said the matter was reported to the police who attended the scene.

Chief Insp Ndebele urged members of the public to desist from engaging in illegal panning activities as that puts their lives in danger and is also in violation of the law. The Chronicle

Wild West at gold mine as night unleashes menace