Former Ngezi Platinum Queens star player Merjury Marumirofa recently torched a social media storm after she posted a controversial picture with another female, who she refers to as her husband. 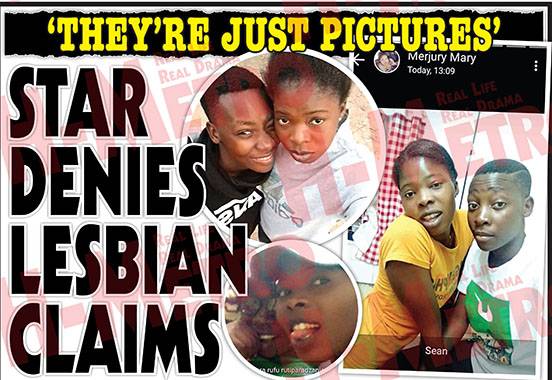 The picture which she captioned “crazy hubby of mine” with emoticons of kisses torched a storm on social media.

After uploading the pictures on her WhatsApp status, some suggested that she is a “lesbian.”
However, she vehemently denied the claims.

The goal-shooter, who has been one of Ngezi’s key player in previous seasons, went further to post another picture of her “purported husband” one Tendai Muza an employee at Zimplats Mine and again captioned it “my human being” accompanied with emoticons of kisses.
Contacted for comment to clarify the pictures, Marumirofa vehemently denied being lesbian, saying: ”They were just pitures. It’s has nothing to do with what people think.

“She is just a friend of mine. People are lying,” she said.
Marumirofa is not the only player to have sent tongues waging because of lesbian allegations.
There are several similar allegations on netball players in the Rainbow Amateur Netball League. H-Metro