The small ferrochrome mining town of Mutorashanga in Mashonaland West province, 100km north of the capital Harare, was a hive of activity this past Sunday as the Uebert Angel Foundation again delivered truckloads of mealie meal to feed vulnerable families affected by the lockdown.

The local MP Marian Chombo (Zvimba North) who is also the Local Government and Public Works Deputy Minister was on hand to receive the donations and expressed gratitude to Prophet Uebert Angel who continues his countrywide tour to feed people stuck in their homes because of Covid-19.

“I want to thank Pastor Felix who was sent by Prophet Uebert Angel to come and assist the multitudes of the Zvimba North community who are suffering in this Covid period,” Chombo began.

“They are yearning for food and Prophet Uebert Angel came handy and he sent his team to come and deliver mealie meal to the community. We thank him for this good deed as he promised feeding the multitudes, he is really living to his promises and we thank him very much,” she added.

Land barons back as 2019 report gathers dust in Mnangagwa’s…

The Deputy Minister challenged other churches to emulate Prophet Angel’s example and also help to feed people. She narrated how the Uebert Angel Foundation had been feeding people across the country especially in the rural areas “and we just pray God gives him the zeal to keep on going.”

In April this year the UK based businessman/preacher pledged an eye-watering USD$ 1 million towards a coronavirus relief aid to help vulnerable households whose incomes have been severely depleted by the lockdown announced by the government to halt the spread of the coronavirus.

Last week he was in his home area of Chivamba, Zaka in Masvingo again donating truckloads of mealie meal. The latest trip to Mutorashanga is the 20th outing that has seen the foundation distribute mealie meal and groceries to cities, towns, farms and rural areas. 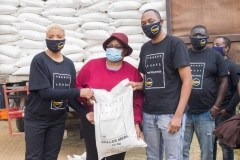 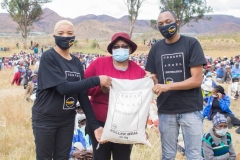 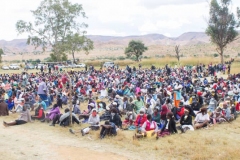 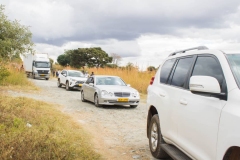 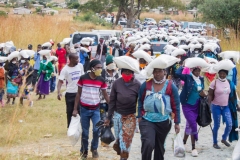 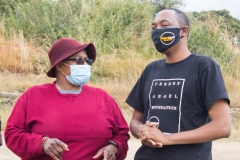 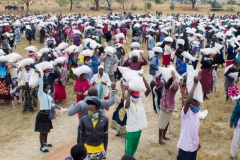 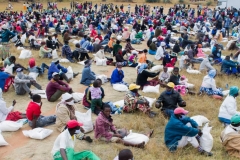 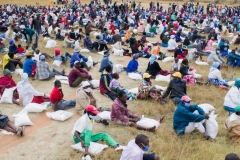 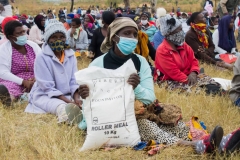 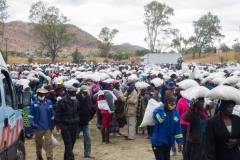 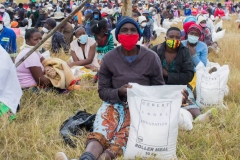 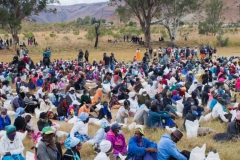 Prophet Angel’s foundation has also distributed mealie meal, cooking oil and kapenta fish to members of his 5000 strong Harare Spirit Embassy: GoodNews Church in several parts of Harare and proceeded to other branches of his church in Zimbabwe and did the same.

In January this year Prophet Angel paid fees for the entire school – for the whole year at Kadyamadare Primary School in the Chikwaka Communal Lands (797 students.)

US doubles reward for IS leader to $10 million