Domestic Violence, Double Dating and DNA Tests: A Look at the Wives and Children of Scottie Pippen

During the fabulous run of the Chicago Bulls in the 90s, Scottie Pippen was instrumental in helping Michael Jordan achieve greatness. Though people viewed him as a second fiddle to MJ, Scottie went out and let his game do the talking. 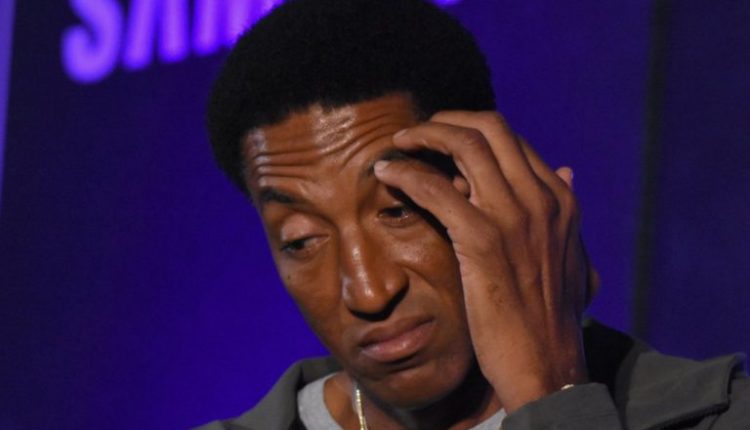 Ever since ‘The Last Dance’ aired, we once again got to relive the destructive and dominant game that he possessed. Though Scottie Pippen found all the glory in his NBA career, his relationships with women have always been messy.

Scottie Pippen over the years has been the father to eight children (only seven are alive now). His personal life has been a roller-coaster and sometimes it has hit rock-bottom.

Pippen has a long dating history with several different women. However, four women mentioned below have had the most impact on his life as each of them gave birth to Scottie’s kids.

Karen McCollum
Scottie Pippen’s first wedding was with Karen McCollum. The insanity of this relationship kicks in when you get to know that Scottie tied the knot with Karen when he was already dating another woman.

Way before their marriage, Antron Pippen, Scottie’s first son was born in 1987. The couple married a year after their kid’s birth. But their marriage had loose ends and did not last for long.

Scottie and Karen split up after two years of being married. This gave Scottie the opportunity to create another relationship with a different woman.

Sonya Roby
A model by profession, Scottie and Sonya started dating sometime around 1993. Swiftly into their relationship, it was announced that the pair were expecting twins. On July 20, 1994, Sonya gave birth to twins Tyler and Taylor, making the Bulls player a father of three.

Pippen initially denied the responsibility of the two children and claimed he wasn’t the father. A quick DNA test proved otherwise and Pippen had to take charge. Unfortunately, Tyler Pippen, Taylor’s twin sister, died just nine days after his birth.

Yvette De Leon
Yvette and Scottie found themselves in love and got engaged. She then gave birth to a baby girl on February 17, 1995. Sierra Pippen came into the world, and shortly after, Pippen left Yvette following a domestic violence incident.

Yvette fought back against Scottie when she dragged him to court demanding him to fund for Sierra’s support. Scottie lost the case and apparently settled the matter by paying a huge sum.

Larsa Younan
Scottie began dating a young Larsa Younan in 1995. She had just graduated from college and was aspiring to become a model and an actress. Scottie found deep love in Larsa and vice versa. The couple married each other when Larsa was 22-years-old and nine years younger than Scottie.

Scottie Pippen loved Larsa so much that he even bought a boat and named it “My Larsa.” Their relationship lasted longer than his connections with every other woman. Larsa and Scottie were married for 21-years before they both mutually agreed for divorce in 2018.

Larsa is the mother of four of Scottie’s seven living children. Their first son Scotty Pippen Jr. born in 2000. Their other two sons Preston and Justin were born in 2002 and 2005 respectively. Scottie Pippen’s fourth child with Larsa is Sophia Pippen, who was born in 2008.

Full Text: Job Sikhala responds to being linked to rumours of ‘imminent coup’