Opposition MDC Alliance leader Nelson Chamisa’s lawyer Advocate Thabani Mpofu was on Monday summoned by the police anti-corruption unit at the Morris Depot in Harare just a day after over 11 armed state operatives raided his home and interrogated his security guard.

Nehanda Radio understands Mpofu was accompanied by his lawyer Beatrice Mtetwa. As yet no charges have been laid on the outspoken lawyer.

Chamisa confirmed the development, tweeting “Just been informed that Advocate Thabani Mpofu presented himself to the police in the company of Lawyer Beatrice Mtetwa after indications that the police were looking for him. We are yet to be informed on the reasons behind all this.”

Meanwhile party spokesperson Fadzayi Mahere issued a statement saying “We strongly condemn the breach of due process and his constitutional right to privacy, personal security and dignity.” 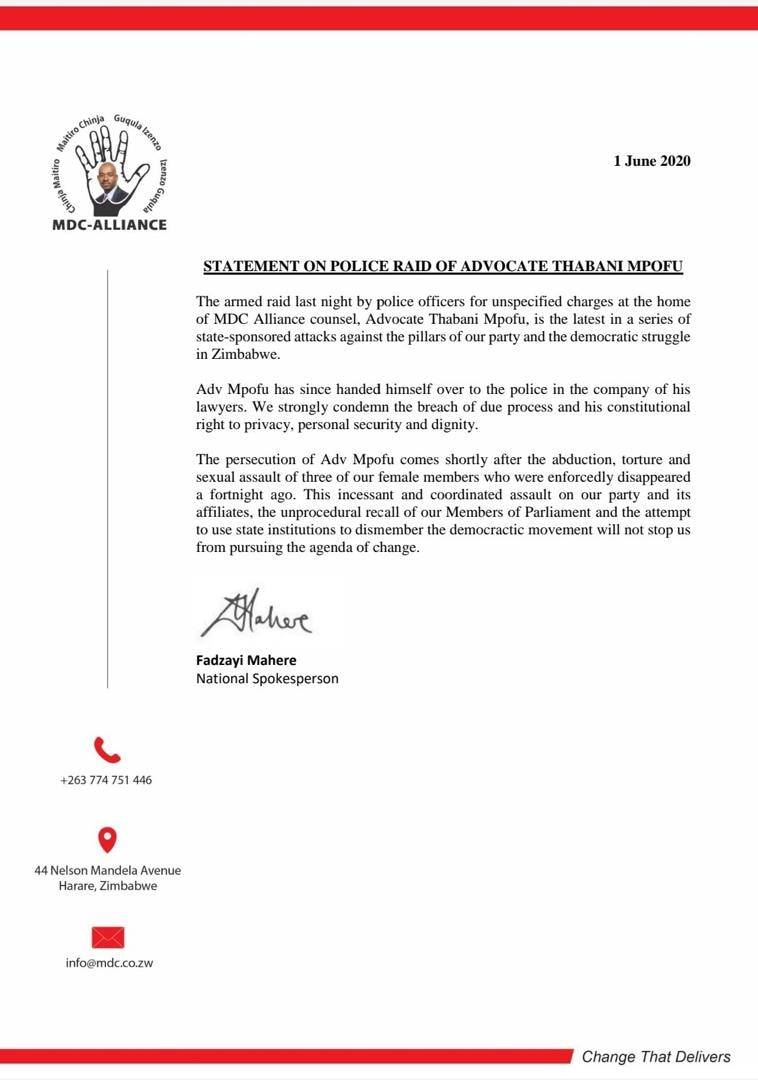