Barbourfields Stadium is still far from meeting the Caf minimum standards, with the size of dressing rooms a mere 10 percent of the required Fifa measurements. 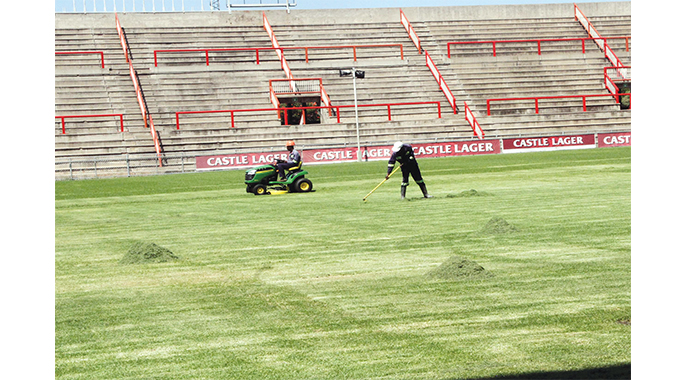 A preliminary inspection by a member of the First Instance Body (FIB) Xolisani Gwesela, Sports and Recreation Commission (SRC) Bulawayo coordinator Sam Dzvimbu and Bulawayo City Council officials led by the stadium projects manager Thembinkosi Ncube showed that while work on the facility had started, it was at a tortoise’s pace probably due to the national lockdown as a result of the Covid-19 pandemic.

The media tribune, a key area in terms of Fifa standards, is yet to be fitted with chairs and desks, with the only notable change being the power sockets that have been installed.

“This is just a preliminary inspection where we want to see progress of the work done so far looking at what the city council has done since our last visit. We will also advise them of what is expected, but early next month a full First Instance Body committee will be here for a final inspection of the venue ahead of the Caf inspection team’s visit,” said Gwesela.

Despite the slow pace of progress, most of the outstanding issues can be met even before the arrival of the Caf inspectors, but the main worry will be the issue of the dressing rooms.

Early this week a senior council official told Chronicle Sport that the VIP section may be demolished in order to cater for the standard dressing rooms. The Chronicle