American multinational technology company, Google has joined in on Zimbabwe’s Culture Week celebrations by celebrating the country’s traditional instrument, the Mbira (also known as the Thumb piano) with a Musical Doodle game on their popular online search engine. 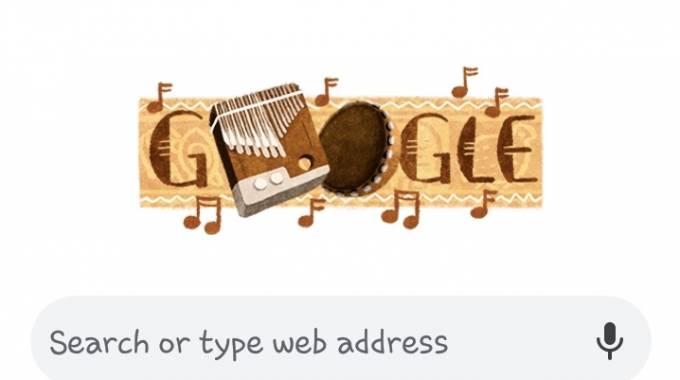 May 21 internationally, is the day set aside to celebrate cultural diversity and the country is celebrating this day through Culture Week which was launched by Minister of Youth, Sport, Arts and Recreation Kirsty Coventry on Monday.

A Google Doodle is a special, temporary alteration of the logo on Google’s homepages intended to commemorate holidays, events, achievements, and notable historical figures.

The Doodle game that allows one to play the national instrument tells a four-part story of a Zimbabwean girl who watches the mbira being played as a child, before growing up and becoming a famous musician herself.

Google wins EU fight against worldwide ‘right to be…

The game gives one a chance to learn how to play the Mbira by tapping on the keyboard.

During the tutorial, one is taken through a course to learn and play both traditional and modern mbira songs such as the most popular Nhemamusasa by the late Chiwoniso Maraire.

A further research as to how Google came up with the game, revealed that a Google team led by software engineer, Jonathan Shneier, travelled to Harare to learn about the Mbira.

They met with Albert Chimedza, the founder of the Mbira Centre in Harare and Newton Cheza Chozengwa, a Mbira craftsman and musician.

“For this Doodle, we really wanted to give people the chance to play the instrument and pepper the music in. We wanted to have little ways to interact with all the parts in the story and make it more of a narrative that people can see how it’s used, the culture, story of this instrument and the people,” said Shneier.

Zimbabwean artistes who have popularised the Mbira include Mbira DzeNharira, the late Maraire, Mbuya Stella Chiweshe and Hope Masike.

Jah Prayzah, Thomas Mapfumo and the late Oliver Mtukudzi also used the Mbira in some of their songs. The Chronicle

Google wins EU fight against worldwide ‘right to be forgotten’

Trump accuses Google of rigging search results against him