Equipment, medicines and other medical sundries worth thousands of dollars were destroyed when fire razed Banket Hospital’s pharmacy, storeroom and rehabilitation centre on Wednesday night. 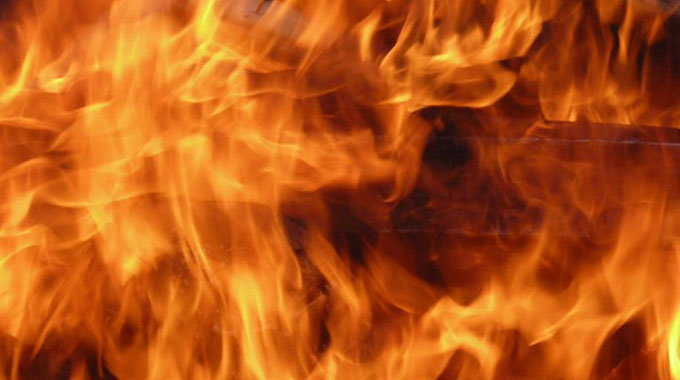 The cause of the fire, which is yet to be ascertained is suspected to have been an electrical fault.

Zvimba district development coordinator, Ms Fortunate Muzulu said reports from the staff suggest that the fire broke out as a result of an electrical upsurge.

She said apart from its medical supplies, the hospital also lost personal protective equipment (PPEs), sanitisers and other items that had been handed over to the hospital from the Ministry of Health and Child Care earlier.

“The fire is said to have been caused by a spark from an electrical upsurge a few minutes after the resumption of power,” she said.

Medical supplies and PPEs worth thousands were destroyed by the fire.

“The Harare fire tender, which arrived some two hours late and could not save the hospital from the blaze,” he said.

“The fire destroyed all our medical supplies and other stuff including PPEs that we received from our provincial offices earlier in the day.”

He said about 30 patients that were admitted at the hospital had been moved to Chinhoyi Provincial Hospital.

The two pleaded with the business community and well-wishers to assist.

Minister of State for Provincial Affairs Mashonaland West Mary Mliswa-Chikoka said the incident was a huge blow to the entire provincial health system and the fight against Covid-19.

“The civil protection unit and public works department have since been activated to ascertain the impact of the damage, while as a temporary measure, patients who were admitted here have been moved to Chinhoyi Provincial Hospital,” she said.

“We hope to address the challenge in the earliest possible time, as a lot of people rely on medicals from this referral institution.”

A lot of residents and patients who rely on the health institution urged the Government to respond to the incident swiftly so that they will be able to access their medication during the lockdown period underway. The Herald

“Thank you for the prayers”… Awa Khiwe discharged from…