An illegal gold panner allegedly teamed up with three accomplices and raided a gold mine in Inyathi where they attacked a security guard before disarming him of his service pistol, which they later used to rob local shops. 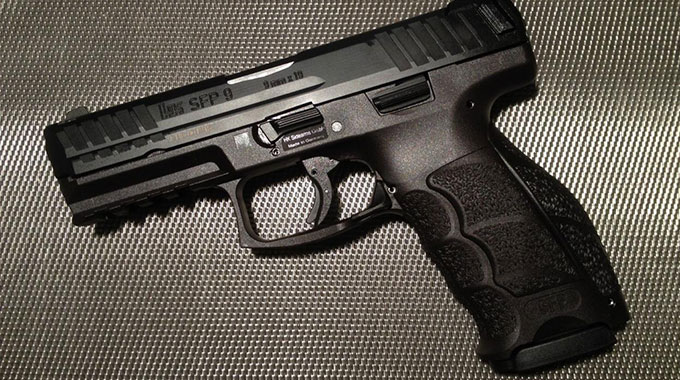 Leeroy Ncube (24) of Mahatshula suburb, Bulawayo and the three accomplices who are still at large allegedly went to Camstick Mine at Famona Business Centre in Inyathi armed with knives and stones.

Upon arrival, they allegedly struck Mr Nqobizitha Dube who was manning the premises with stones and he fell to the ground. They rushed to the scene and allegedly grabbed him by the neck as he lay on the ground.

The four robbers stabbed him on the leg with a knife before disarming him of a Taurus revolver which was loaded with five rounds of ammunition.

This emerged when Ncube, who is facing robbery charges approached the High Court seeking bail.

Ncube through his lawyers Mathonsi Ncube Law Chambers filed an application for bail pending trial at the Bulawayo High Court citing the State as a respondent.

In his bail statement, Ncube is denying the charges, arguing that there was no evidence linking him to the offence.

“I was with my friends watching movies on the day in question and I believe the complainant’s identification must be tested in light of his alibi,” he said.

Ncube argued that there were no compelling reasons by the investigating officer for him to be denied bail.

“The investigating officer in this case has deposited an affidavit opposing my bail application. He argued that I was of no fixed abode, was likely to interfere with investigations and that since the stolen firearm has not been recovered, I am likely to regroup with my accomplices who are still at large and commit more robberies if released on bail,” he said.

Ncube challenged the investigating officer’s assertions, saying his grounds for challenging his bail were speculative and baseless.

“It is submitted that the fact that no firearm was recovered from me points to my innocence rather than guilt. The commission of other offences is also purely speculative and not founded on any real fact,” he said.

Ncube said there was no basis by the investigating officer that if released on bail he would abscond.

He offered to pay $500 bail and to report once a fortnight at Queens Park Police Station as part of the bail conditions.

Ncube also offered to continue residing at his given address until the matter is finalised.

The State is yet to respond.

Court papers state that on April 5 this year, Dube was on duty at Camstick Mine in Inyathi when Ncube in the company of three accomplices, spotted him from their spot under the cover of darkness.

They allegedly struck Dube with a stone on the right side of the ribs and he fell down before they rushed to the scene.

Ncube grabbed the security guard by the neck and sat on his chest before one of them pulled a knife and stabbed him on the left leg. Dube managed to positively identify Ncube’s face.

They used the same knife to cut off the buckle of a holster containing his pistol, which was loaded with five rounds of ammunition. They took the firearm and disappeared into the dark. They allegedly used the pistol to rob shops around the area.

On April 21, detectives who were on patrol received a tip-off from Dube after he spotted Ncube at Famona Business Centre in Inyathi leading to his arrest. The Chronicle