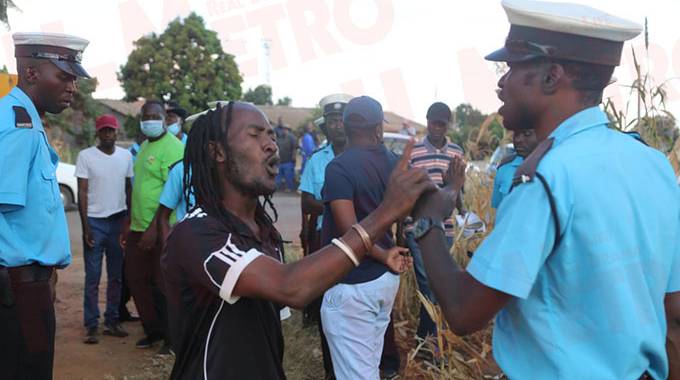 A Kuwadzana based traditional healer clashed with the City of Harare yesterday for destroying his thatched shrine and exposing his herbs he claims has the power to cure coronavirus.

The demolition of Ithamar Mudzengerere’s shrine was the council’s last stop before parking their vehicles at their council offices in Kuwadzana after demolishing illegal structures in Warren Park D and Cold Comfort suburbs.

Mudzenegerere, popularly known as Sekuru Mambojena, threatened to cast evil spirits to the workers and legal action arguing that he has been on the receiving end for the seventh time from both Kuwadzana District and the case is before the High Court.

“I have a pending case against City of Harare over demolishing my shrine and here are the documents to prove what I am saying,” said Sekuru Mambondiyani.

‘We are in dire need of ambulances not fire…

“The High Court is still to give a judgment and if you respect the law of Zimbabwe, it will be best for you to allow the law to take its course but if you here to punish me and my family go ahead and demolish,” Sekuru Mambojena was heard saying as he showed the team leaders the legal documents.

Sekuru Mambojena was given chance to remove his herbs, drums, sticks and cloth before the shrine was demolished while he sprinkled some of the herbs he claimed would cause misfortune on the bulldozer.

In an interview with this publication, Sekuru Mambojena told H-Metro that he was not given notice to vacate besides his pending case against City of Harare.

“Demolishing people’s property causes suffering to the nation because their inflictions reaches to the nation’s ancestors and that is why we are struggling to receive rains in due season,” said Sekuru Mmabojena.

“City of Harare at one time visited various suburbs and slashed their maize and people’s tears sunk into the ground and that year the nation failed to get a bumper harvest.

“They are wasting diesel and petrol in fighting their relatives instead of repairing the roads where potholes are a common thing.

“City Council is failing to deliver and community is not happy with them.

“Are they going to follow people who went to the villages and tell them not to return to Harare since they have destroyed their working places?

Sekuru Mambojena described Covid-19 as flue claiming to have powers to heal it and other diseases like cancer. 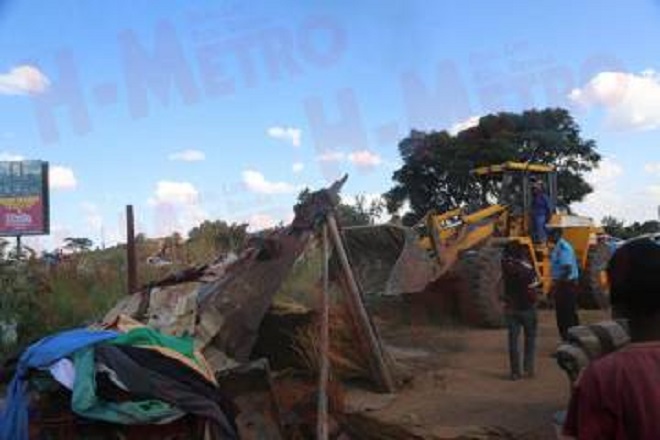 “Coronavirus is just a flue which I can cure that is why it never killed many people in Africa besides those who wanted to inherit other cultures by living abroad.

“My herbs can cure cancer, coronavirus and other diseases you can name them but today City Council decided to further punish me for serving the nation,” said Sekuru Mambojena in tears.

His children helped him in removing their property and one of them said they a have a house in Dzivaresekwa where their mother was. H-Metro