Popular Zim dancehall artiste, Caleb “Ras Caleb” Tareka, has given his fans something to entertain themselves during the 21 days of lockdown that started this week on Monday as announced by President Mnangagwa. 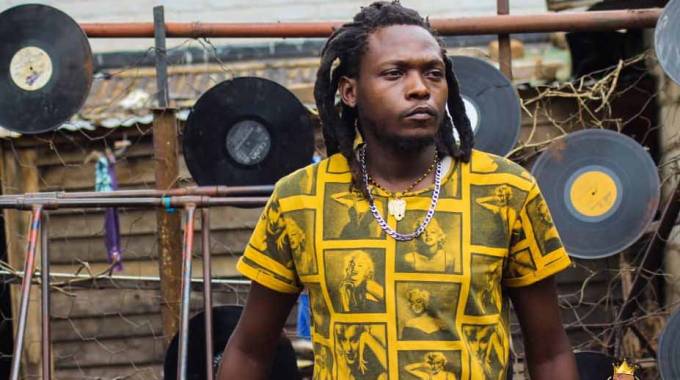 He said self-isolation is a difficult practice for human beings as they are created to interact emotionally and physically, hence he has released four singles for people to entertain themselves while on lockdown.

“I have seen it necessary to give people something fresh to listen to during the 21 days of lockdown.

“21 days of people staying at home is not an easy thing so to avoid them getting bored I had to release these songs.

“People will probably be listening to some old stuff that would end up getting monotonous, so the idea of releasing new music during this time is to freshen up music lovers and motivate them to abide by the rules of lockdown,” said Ras Caleb.

Ras Caleb also known as the Rascal Dread of Zvikiribidi who recently released Zviratidzo Zvenguva produced by Chillspot Records said the four singles will focus on different messages and life has to go on.

“Life has to move on though this pandemic has caused devastating effects to different countries worldwide.

“We have to keep on expressing different artistic messages though not forgetting about this pandemic affecting us.

“In these singles that I have released there is a love song about flirting lovebirds called Bho Newe and Chingoma which is about celebrating reggae music and just rockers vibes.

“And I have a song that I did for my haters and those who think I am a spent force.

“The song is called Too Legit, it’s about letting the fans know that I’m still there and no matter who may want to down chant me they can’t stop the flow.

“Because there were people that were trying to count me out saying I am a spent force, so I had to make that song for them to know I’m kicking and ready to proceed,” he said. H-Metro

Indian yoga master who claimed he had lived without food or…