The number of confirmed coronavirus cases in the UK has now reached 460, after the biggest rise in a single day. 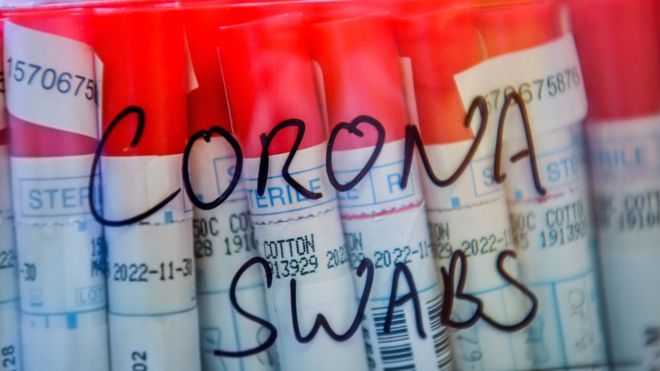 It comes as two more people with the virus died in the UK, bringing the total to eight.

It comes as the World Health Organization upgraded the status of the outbreak to a pandemic.

Health Secretary Matt Hancock told MPs he was meeting the opposition “first thing” on Thursday to discuss emergency laws that will be set out next week, adding: “The best way for us to beat it is for us to work together.”

The legislation will include measures to keep public services running, help businesses, and ensure the adult social care sector is ready.

He said Parliament would stay open, since “the public will expect Parliament to sit and to get on with its job”, and the prime minister would chair a further meeting of the government’s emergency Cobra meeting on Thursday. 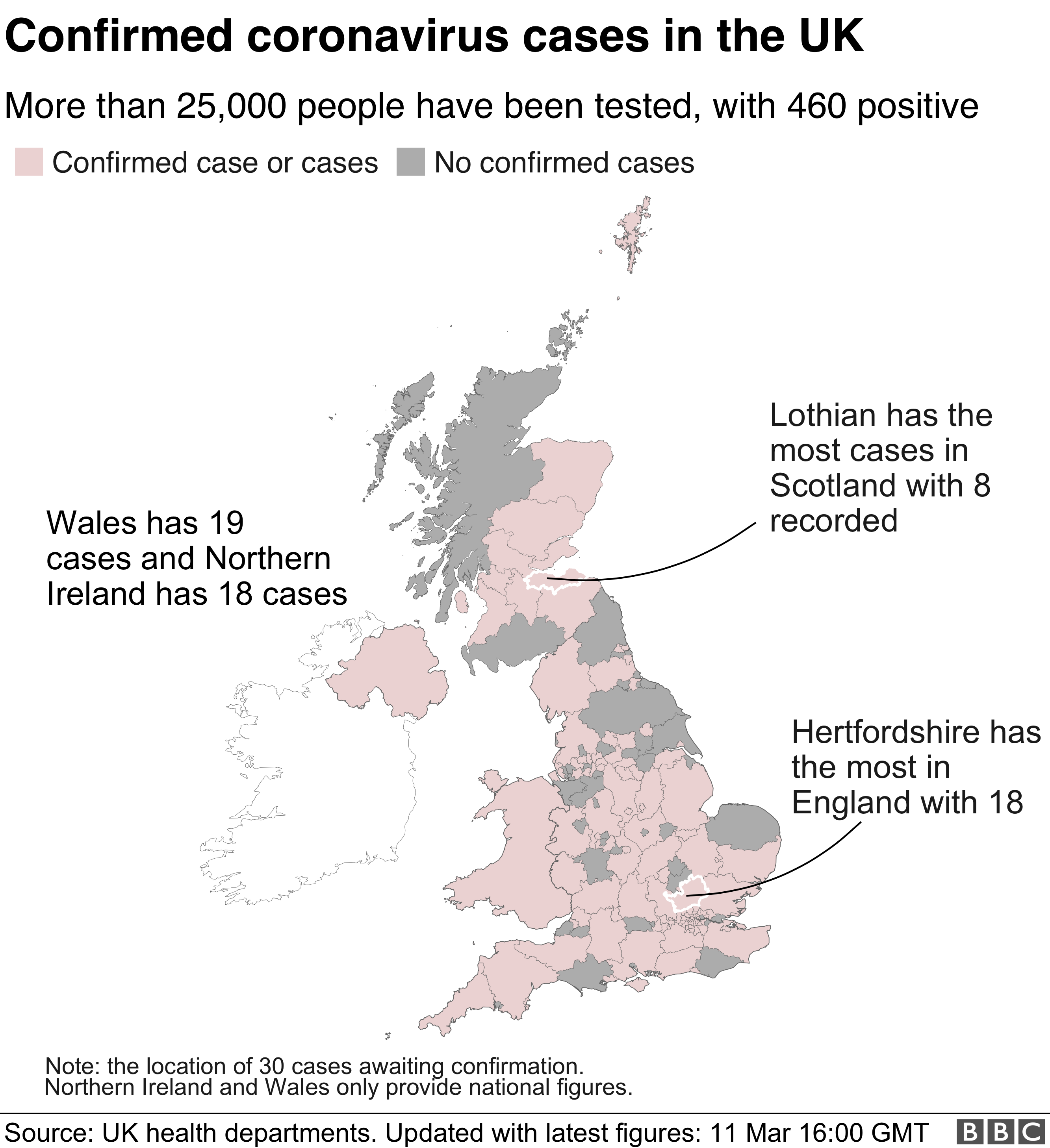 Meanwhile, a 53-year-old British woman has become the first person with Covid-19, the disease caused by the virus, to die in Indonesia, according to local media reports.

It is not clear whether the woman – who was reportedly critically ill with multiple health conditions – died due to the virus.

A flight carrying about 135 British passengers and crew members from the quarantined Grand Princess cruise ship in California has landed in Birmingham.

Passengers were wearing face masks as they were led off the plane at Birmingham Airport and onto coaches by officials wearing hazmat suits. They are all being asked to self-isolate.

On Wednesday, the Department of Health confirmed there had been 83 more cases since Tuesday. In all, 27,476 people have been tested so far.

There are now 387 confirmed cases in England, 36 in Scotland, 18 in Northern Ireland and 19 in Wales.

Scotland and Wales have also seen their first cases of community transmission – meaning the virus was contracted in the UK and is unrelated to travel.

Of the cases in England, London has the highest number, with 104. South-east England is the next highest infected area, with 60 cases, followed by south-west England with 44 cases.

One case has been confirmed in a council-run care home in Basingstoke, Hampshire. The patient has been taken to hospital.

It is expected that confirmation of positive test results will be sped up in the UK with most people receiving them within 24 hours.

Earlier, Chancellor Rishi Sunak delivered the Budget and pledged the NHS would get “whatever resources it needs” during the crisis – whether it needed “millions of pounds or billions”.

He said workers who fell ill would be able to get a sick note by ringing 111 rather than visiting a GP, and people who were self-employed who were off work because of the virus would be eligible for benefits from day one.

For businesses, Mr Sunak promised a temporary coronavirus loan scheme to help small and medium-sized companies and said the government would rebate firms with up to 250 people for the cost of statutory sick pay.

Advice to tourists in Italy

The Foreign Office has issued a travel update for British nationals in Italy, urging all remaining tourists to contact their airline operators and return back to the UK.

People were still able to leave Italy without restrictions and airports were still open, the Foreign Office added.

Italy is the European country worst-hit by the coronavirus outbreak, with the whole of the country currently in lockdown.

Earlier this week, tourist Hannah Butcher from Newbury, who was in Rome, said it was “the weirdest holiday” she had ever been on, with one-in one-out rules to get into shops and families having to sit apart in restaurants.

The UK is currently in the “contain” phase of its four-part plan to deal with coronavirus, which causes the disease Covid-19.

Later on Wednesday, Boris Johnson is expected to welcome tech companies including Facebook, Google, Apple, Microsoft and Amazon to No 10 to discuss efforts to tackle fake news about coronavirus and how to keep the public informed.

Health Secretary Matt Hancock will also give a statement to MPs.

Mr Johnson shared a video on social media of a chat he had with England’s deputy chief medical officer Dr Jenny Harries, who said the UK is not banning large gatherings because officials are “following the science”.

Indonesia minister slammed for ‘virus is like your wife’ remarks