Democrats to use debate to try to blunt Sanders momentum

Democrats take the stage for a debate in South Carolina on Tuesday in what could be the final opportunity for Joe Biden and the party’s other presidential candidates to halt Bernie Sanders’ drive to the nomination.

The 78-year-old senator from Vermont is in pole position heading into South Carolina’s Democratic primary on Saturday.

Sanders finished in a virtual tie with former South Bend, Indiana, mayor Pete Buttigieg in the first nominating contest, in Iowa, and then went on to win in the next states to vote — New Hampshire and Nevada.

Seven candidates will take part in the debate beginning at 8:00 pm in Charleston, South Carolina, on Tuesday night (0100 GMT Wednesday), the 10th debate of the campaign cycle.

Taliban say ‘no information’ about Al-Qaeda…

Biden hits back on abortion, calls Supreme Court ‘out… 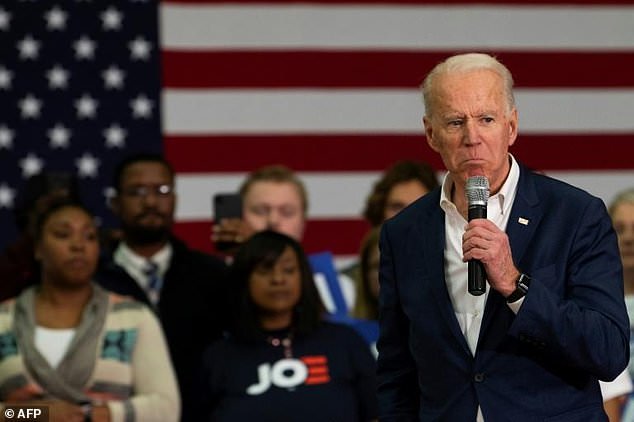 Bloomberg, 78, will be looking to rebound from his disastrous performance in his first debate and prove that he is a credible, moderate alternative to the leftist Sanders.

Biden, 77, has also been staking out the center and will be hoping to bounce back from his dismal performance in Iowa and New Hampshire, where he finished fourth and fifth respectively.

The former vice president came in second in the Nevada caucuses, but with 20.2 percent, he was well behind Sanders’ 46.8 percent.

Biden has been counting on his strong support among African-American voters in South Carolina to recharge his flagging campaign.

But Sanders has been surging in the polls in the southern state in recent weeks and Biden’s lead there has dwindled to single digits.

A Sanders victory in South Carolina, or even a close second, could set him up for a knockout showing on “Super Tuesday” on March 3, when 14 states go to the polls.

Sanders came out relatively unscathed in the last debate but he is likely to face more fire from his rivals on Tuesday. 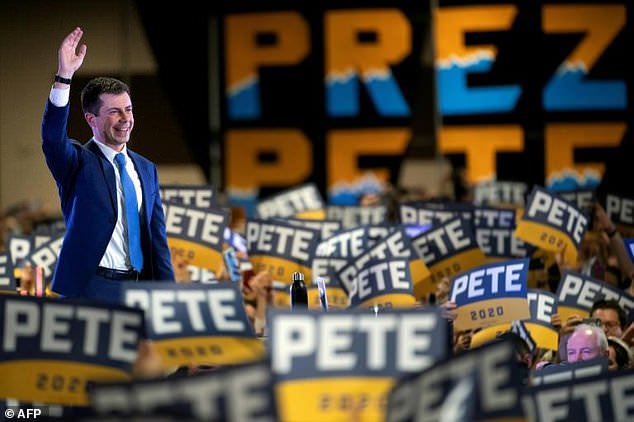 Some Democrats argue that Sanders, a self-avowed “democratic socialist,” is too far to the left for many Americans and would be a weak opponent against President Donald Trump in November.

That is a line of attack which the 38-year-old centrist Buttigieg employed in the last debate, during which he called Sanders “polarizing.”

Sanders, who advocates healthcare and free university for all and rails against “corporate greed,” clearly believes that he is more in touch with the sentiments of Democratic voters.

He was asked over the weekend on CBS’s “60 Minutes” program if the Democratic Party has moved away from the center and towards him on the left.

“In many ways, they have,” he said. “And the ideas that seemed radical four years ago are now kind of mainstream.”

The Biden campaign signaled on Monday that the former vice president is likely to come out swinging on Tuesday.

Reacting to comments Sanders made over the weekend about Cuba’s late leader Fidel Castro, the Biden campaign released one of its strongest attacks yet on the Democratic frontrunner.

Sanders in the “60 Minutes” interview said: “we’re very opposed to the authoritarian nature of Cuba but, you know, it’s unfair to simply say everything is bad.”

The Biden campaign said Sanders’ remarks were “part of a larger pattern throughout his life to embrace autocratic leaders and governments across the globe.”

“He seems to have found more inspiration in the Soviets, Sandinistas, Chavistas, and Castro than in America.”

Jim Clyburn, an influential Democrat in the House of Representatives from South Carolina, said much was at stake for Biden in Saturday’s vote but “it is not make or break.”

“It all depends upon how it comes out,” Clyburn told ABC News. “I think make or break is probably the following Tuesday — Super Tuesday.” AFP

Clinton Siniwa: How much has state capture by cartels cost Zimbabwe?

Taliban say ‘no information’ about Al-Qaeda chief Zawahiri in Afghanistan

Biden hits back on abortion, calls Supreme Court ‘out of control’