Chris Mutsvangwa began his solo anti Kuda Tagwirei crusade in 2018 during an interview with the Standard he said, “One of the optimal conditions to attract investment is free competition. 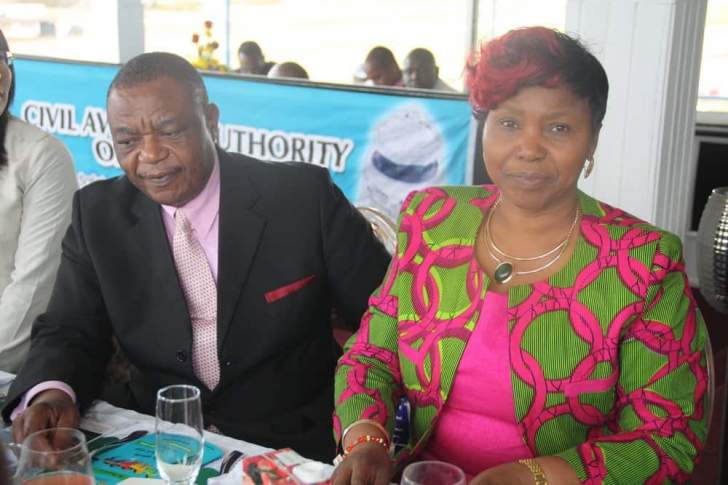 The RBZ is not a source of capital. Tagwirei relies on RBZ foreign currency allocation and claims to be a businessperson. I don’t respect such business people.”

Mutsvangwa has had undeclared interests in the fuel and energy sector and claimed to have investors that wanted to come into the energy space.

His cries and calls were ignored by the powers that be. A few months later Chris Mutsvangwa is said to have hired self styled communications guru Acie Lumumba who went on an anti Tagwirei and John Mangudya drive, his was a rented opinion, as he echoed the sentiments of Chris Mutsvangwa.

Lumumba’s efforts had better results compared to Mutsvangwa’s efforts as the RBZ suspended 4 senior directors and later cancelled the 1:1 deal and introduced the interbank system.

The Lumumba File efforts were not enough to rattle Tagwirei. Chris Mutsvangwa tried a new strategy. This time the youth league was his weapon of choice.

25 July the Youth league goes on an offensive against Kuda Tagwirei, Obert Mpofu, Prisca Mupfumira and a host of others.

Lewis Matutu leads the attack and even makes a veiled threat to ZRP officer commanding Harare Province Charles Nhete, Matutu orders the PROPOL to act on the named people without evidence.

As if that was not enough the Youth league disrespect the National Secretary for Administration who is appointed by the President.

The youths threaten to lock out Obert Mpofu from his office and threaten to bar him from exercising his official duties. They did all this without proof or evidence of the claims they made.

The Youth League action attracted controversy, lawsuits and no action at all as they did not present any evidence to back their claims. Obert Mpofu launched a lawsuit against the ring leader and openly voiced his displeasure at the accusations levelled against him. Lewis Matutu failed to respond or back up his claims.

Nothing happened to Tagwirei or anyone else who was named and shamed by the youth league. The auditor General’s report then came out and claimed Prisca Mupfumira as its first high profile victim.

Mupfumira was jailed and relieved of her duties. Not because of the youth league but the Auditor General’s report which stated facts and gave evidence.

Fast forward to February 2020, rivals in the youth league Godfrey Tsenengamu and Lewis Matutu form an alliance to rebel against the party.

The 2 unlikely allies merge forces without any common ground after all Tsenengamu had lead efforts to oust Matutu from the youth league 10 months earlier.

This time they target 3 people, 2 who are players in the energy sector and one who is in the milling business. They launch another press attack and do not present any evidence to back their claims.

The same weekend Chris Mutsvangwa comes out in an interview with the Standard and bares it all, indicating that Tagwirei was the problem.

Barely a week after Victor Matemadanda lands in Harare from India, and meets with Matutu and Godfrey Tsenengamu claiming that he wants to hear their side of the story as he was not in the politburo meeting.

Who tasked Chris Mutsvangwa to give an interview with the Standard?

Who authorised Chris Mutsvangwa to divulge confidential details Politburo discussions outside the formal channels? Details of Politburo meetings are read out by the Secretary for Information and publicity. Is Chris Mutsvangwa bigger than ZANU PF or is he working on the instruction of someone in the Presidium?

Victor Matemadanda as Political Commissar who tasked him to meet with suspended renegades? Was it coincidence that all this happened while he was away?

Is it the correct procedure for the Commissar to meet suspended people or was he meant to read the politburo minutes and support the politburo ruling?

Why does Matemadanda want to intercede with the President and National Chairperson, is Matemadanda trying to go against a decision of the Politburo or is he covering up something or covering up for someone?

There has been widespread speculation that there is an Oppah Muchinguri faction which is going after Vice President Chiwenga’s post.

The faction is believed to be angling and jostling to have the VP kicked out of the party and replaced by Oppah Muchinguri, the National Chairman’s post is said to have been reserved for Chris Mutsvangwa and Obert Mpofu’s post will be handed to Speaker of Parliament Jacob Mudenda.

Some might argue that its impossible but President Mnangagwa was once Speaker of Parliament and ZANU PF secretary for Administration at the same time.

The Oppah Muchinguri faction is said to be behind Godfrey Tsenengamu and Lewis Matutu. It is said that Oppah Muchinguri is also clandestinely sponsoring Marry Chiwenga’s legal battle against Chiwenga and coached her on what to say and which areas to divulge incriminating evidence against the retired General which will be used against him in the political fight.

The timeline of events is very convenient and too calculated to be coincidence.

The assault on Tagwirei and Rautenbach at a critical time when the nation needs to prepare resources for winter crops and also get fuel for winter farming is really worrying.

Equally worrying is an assault on Tafadzwa Musarara at a time when he is leading efforts to source maize and mealie meal for the nation.

Why are Tsenengamu and Lewis Matutu out to frustrate critical economic players at a crucial time? Could they be setting the stage for hunger, food riots and possible grounds for impeachment of General Chiwenga or President ED Mnangagwa?

Tsenengamu is a known political turncoat with a very low political moral fibre. Tsenengamu is known to dance to the tune of the highest bidder. The nation has refused to take him seriously and some have put him in the Oppah Muchinguri faction basket. Bulawayo24

Jacob Zuma ‘too old to go to jail’, says Malema

RBZ clarifies use of USD