Former Ti Gonzi’s manager Tinotenda Taonerera is claiming money from the rapper after they recently parted ways over financial and personal disputes. 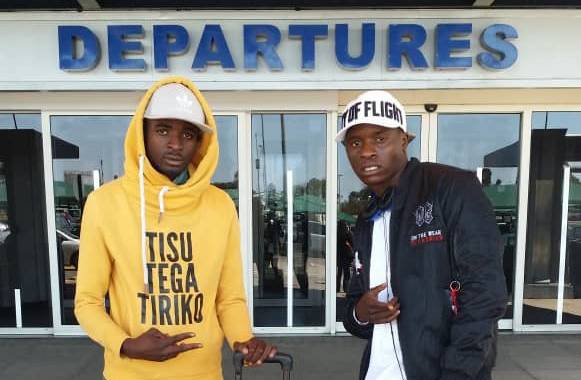 Taonerera said he invested over US$10000 on Ti Gonzi who is ungrateful for the work he has done for him.

The former manager also said he felt disrespected by Ti Gonzi’s conduct when they were working together, and decided to call it quits.

Taonerera is, however, claiming US$1000 from the rapper.

earGROUND: Rapper Ti Gonzi opens up on his weakness for…

The current Ti Gonzi’s manager, Kelvin Mtandwa, who also worked simultaneously with Taonerera, said they are currently resolving the dispute.

Mtandwa said they are in a process of settling the bills being claimed by Taonerera and he believes the latter’s actions are aimed at tarnishing Ti Gonzi’s image.

“It is just a misunderstanding. Taonerera recently started being violent against Ti Gonzi and demanding money from him for most of the things he did for him.

“This is a way of trying to create a bad reputation for Ti Gonzi.

“This is something we wouldn’t want to be published in the newspaper. They can sort it out, its an in-house thing,” said Mtandwa.

“We have already paid some of the money Taonerera is claiming. We promised to settle all the money he is demanding from us.

“We will finish paying him probably on the weekend after the shows,” he added.

Mtandwa also said he is worried about Taonerera’s violent behaviour as Ti Gonzi’s head is not yet fully recovered.

“Taonerera has been recently trying to attack Ti Gonzi while we were together but we had to restrain him from making contact with the rapper.

“He is being violent and we told him not to come near Ti Gonzi since his head is not in perfect shape.

“His skull is not yet in its position, if someone attacks Ti Gonzi’s head now he might get badly affected and cause undesirable consequences.

“We told him that you can’t fight against Ti Gonzi because he is fragile at the moment,” he told H-Metro.

Taonerera has revealed that he sacrificed a lot for Ti Gonzi who never showed any appreciation.

“I realised that Ti Gonzi is not organised in the way he runs his business.

“I used to support Ti Gonzi using the money from my shops in the capital.

“Two of my shops got broke because of him. He had nothing when I started helping him,” said Taonerera.

“I am the one who used to buy clothes and pay rent for him and the current manager Mtandwa.

“Even the time he was attacked by thugs I am the one who helped him.

“I used to buy pampers for his child and the pads for his wife, I was doing almost everything for him.

“From the time he released Zvenyu I was his manager and Mtandwa joined us in the 2017-18 period, he is now treating me unfair when it comes to sharing money from the shows and others.

“This is one of the reasons why I decided to stop working with him. His way of doing things lacks transparency and it is disorganised.

earGROUND: Rapper Ti Gonzi opens up on his weakness for drugs