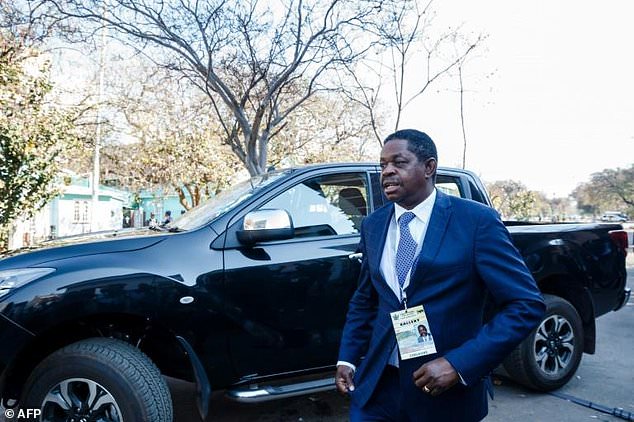 Zanu PF secretary for legal affairs, Munyaradzi Paul Mangwana and his wife Pauline have approached the High Court with an application seeking to file an additional affidavit in the on-going matter in which they were dispossessed of a Glen Lorne property after paying US$260 000 for it.

The couple’s claim to the property, known as stand number 2157 Glen Lorne Township 30 of Lot 30 of Glen Lorne, which they acquired through the Sheriff of the High Court, recently came under scrutiny after Justice Clement Phiri cancelled the sale and allowed the original property owners, David and Kumbula Chiweza, to lodge their objection to the sale in terms of the law.

“I submit that in the interest of justice and for the benefit of the court applicants (Munyaradzi and Pauline Mangwana) be allowed to file a further affidavit in HC10007/19. My submission is premised on the fact that, at the time of filing of the notice of opposition, the fourth respondent’s (sheriff) ruling was not in existence and as such could not be incorporated therein. The ruling was only served on applicants after the notice of opposition and opposing affidavits had been filed,” Mangwana said in his founding affidavit.

“In light of the above, applicants contend that they ought to file a further affidavit to address and alert the court of the fourth respondent’s decision which has a bearing on the proceedings under case number HC10007/19 and same will assist the court in making a judicious decision.”

According to court papers, prior to the sale, the house belonged to the Chiwezas whose company, Watson Investments (Pvt) Ltd, had loan issues with CBZ Bank amounting to US$207 203.

When the bank took the Chiwezas to court, judgment was entered against the couple leading to the property being surrendered to the sheriff for sale.

Apparently, when the sheriff conducted the sale, David and his wife were not advised and could not lodge an objection. It was only after the house had been sold that the couple became aware of what had transpired.

The Chiwezas said the sale was glaringly irregular. Justice Phiri then ruled in their favour, but Mangwana argues that the Chiwezas’ application for review in HC3113/17 was heard in
default.

“Following the granting of the application for review the first and second respondents (David and Kumbula Chiweza) complied therewith by lodging with the sheriff their request to set aside the sale in execution as directed by the court,” Mangwana said, adding they duly opposed the same and thereafter both parties appeared before the sheriff for oral submissions and ruling was reserved.

On January 15, 2020, the Chiwezas filed and served their answering affidavit and heads of argument for which the Mangwanas also sought leave to file an additional affidavit. NewsDay