CAPS United vice president says they are on a drive to better the living standards of local players by giving them an opportunity to play and market themselves. 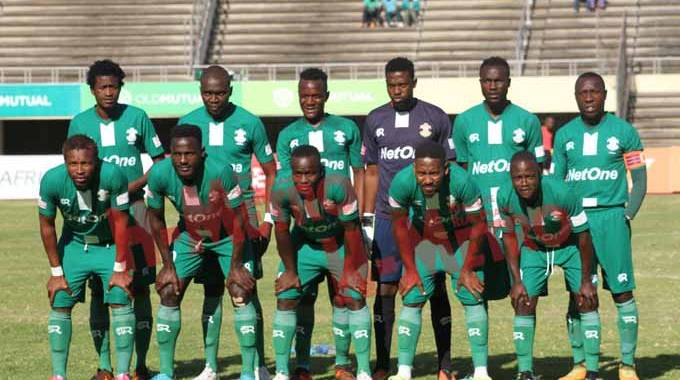 Tutisani said they want to be associated with players who are ambitious.

“We want to be the missing link. These players are our responsibility and we want the best out of their career.

“We want them to be able to earn better. We now priorities growing talent and make sure these players get a chance to play in better leagues.

“We don’t mind if all the players end up playing in South Africa, if that happens we would have done well.

The Green Machine finished third in the 2019 season, a season they were impressive and were at some point tipped for the championship.

Tutisani said they have replaced the bulk of the squad that did duty last season.

“We have replaced the bulk of our squad with new players. We have an overhaul. We want to change and embark on a new journey as a team.

“We want to be a hub that is known for growing and nurturing talent. Everyone who comes at CAPS should leave with added value.

“Be it the administrator, coach or players, we want to be known for producing the best,” he added.

Tutisani said after what transpired last year they are optimistic they have invested enough that will bring good results from now going forward.

He said the players did not focus and did not perform as expected.

“We have been busy on the market. We want a new look CAPS United filled with ambitious individuals who also want to better themselves.

“Not playing like they are doing us any favour. They should sink with the Clubs philosophy. We also want to be a better club.

Tutisani said the bulk of their 2020 squad will be full of new faces. While Valentine Musarurwa, Ronald Chitiyo, Phineas Bhamusi, Newman Sianchali, Blessing Sarupinda are amongst the players that will remain at the club.

Tutisani said they have recalled Method Mwanjali but they are yet to decide on his role.

The team is heavily linked with Ian Nyoni, Talbert Shumba and Devon Chafa.

They have since lost Dominic Chungwa and Jeol Ngodzo to Zambia. Dominic Mukandi, Hardlife Zvirekwi, Chris Mverechena and Prosper Chigumba are touted to have been released. H-Metro