Tsikamutandas, notorious for fleecing unsuspecting villagers of their cattle and other valuables, have descended on Siphepha Village, Tsholotsho District in Matabeleland North Province. 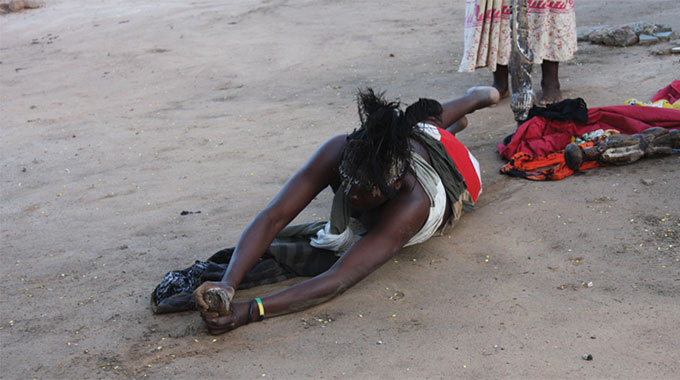 The self-styled witch hunters, some marketing themselves as prophets, others as inyanga wreak havoc countrywide taking advantage of ignorance of villagers and their deep-seated belief in witchcraft.

Councillor for Ward 6, Mr Lovemore Moyo confirmed their presence but declined to comment further saying the issue was outside his jurisdiction.

“Yes, they are here but I cannot comment on them because I don’t deal with those issues”, he said.

A village head for ward 5 who only identified himself as Mr Sibanda said the tsikamutandas were invited by the community.

“We have a roll call of all the villagers, who want tsikamutandas but they are not allowed to go into homes of those who do not want them”, he said.

Asked on what prompted villagers to request the services of tsikamutandas, Mr Sibanda said it was due to problems faced by the villagers.

He said a lot of strange things were taken out buy those tsikamutandas.

“Villagers requested for their services and they are going village by village removing strange things like snakes from the villages”, said Mr Sibanda.

He said villagers were paying the tsikamutandas using cattle or goats.

Efforts to get a comment from the police were fruitless as their phones were unreachable.

Zimbabwe Council of Chiefs deputy president Chief Mtshana Khumalo requested for written questions which he had not respond to by the time of going to print.

Mehluli Ndlovu (37), a villager from Siphepha village told Chronicle that various things were removed from the villagers that included snakes.

“These people are removing weird things that include snakes, mubobobo and lightning,” he said.

In 2016, Government said tsikamutandas were criminals, fraudsters and extortionists who bring no value to society and called upon anyone who might have fallen victim to them to report the matter to the law enforcement agencies so that the culprits would be brought to book and compensation paid. The Chronicle