Comedienne and socialite Lorraine Guyo has pictures of her circulating looking like she is pregnant. 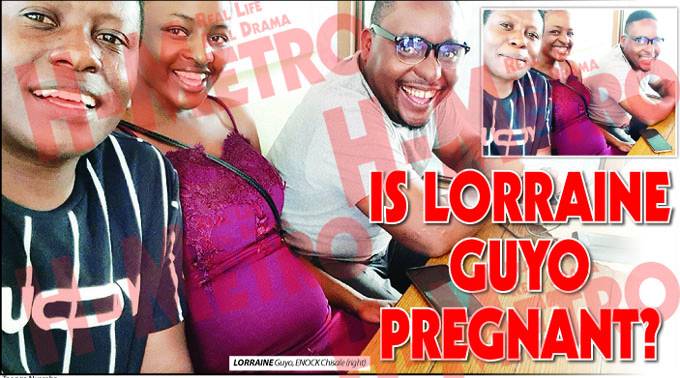 This has raised many eyebrows as to whether the comedienne is pregnant or not.
Could it be that she was practicing a scene off the set or she could be really pregnant after showing off that she has moved on over the past few months.

Guyo, who rose to prominence with the Ndinyengeiwo skit, has not posted anything on her social media to confirm whether it is true or not.

In the picture she appears with one of the Zimcelebs admins and Enock Chisale.

Chamvary apologises to Lorraine Guyo after outburst over…

Chisale refused to comment saying Lorraine was the one who could give the correct answers.
Guyo she said she will not comment about her pictures.

“People have circulated my pregnancy rumours before and it is not new.
“As for the pictures you saw on social media, I have no comment on that,” she said. B-Metro

Mai Titi hits out at Lorraine