A BRAVE maid (19) from Bulawayo’s Pumula South suburb thwarted two armed robbers who had raided her employer’s home and attempted to get away with R17 000 and US$1 400. 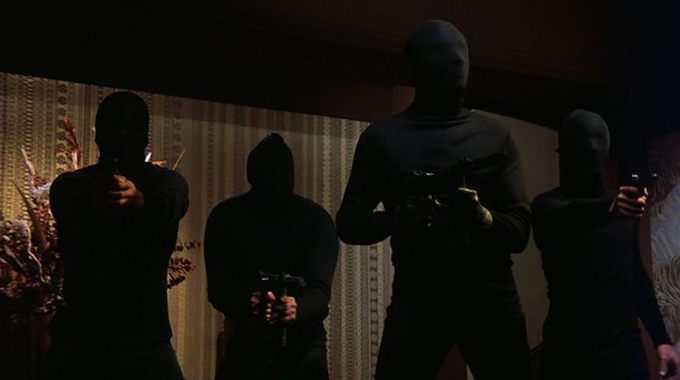 As they were getting away with a plastic bag containing R17 000 and US$1 425, the teen rushed towards them, snatched the bag and threw it next door through a window.

In anger, the hapless robbers stabbed her on the left side of her chest and fled in alarm when they heard commotion from next door.

Methembe Ndlovu marries one of the world’s richest women…

“We received a foiled armed robbery case in Pumula South suburb where a 19-year-old woman employed as a domestic worker dispossessed two armed robbers of cash they had taken from her employer’s home.

“The robbers had forced themselves into the house demanding cash which the maid said she did not know about. They searched her employer’s bedroom and got R17 000 and US$1 425.

“As the two robbers were escaping but still in the house, she snatched the plastic bag that contained the money and threw it to her neighbour’s home through a window. In the process she screamed for help and the robbers escaped without getting the money,” said Chief Insp Simango.

She said Miss Ndlovu sustained a deep cut and was later taken to Mpilo Central Hospital for treatment.

Chief Insp Simango said the robbery occurred while Miss Ndlovu was with her employer’s 14-month-old baby.

She, however, discouraged members of the public from trying to fight off robbers.

“She might have acted bravely but as police we discourage such acts. She could have lost her life while trying to fight off armed robbers.

“We encourage residents to only try to observe who the robbers are and give a description to the police who will initiate investigations without endangering their lives. Lives have been lost while some people try to fight off armed robbers,” said Chief Insp Simango.

She said police suspect that the robbers had inside information. The Chronicle

Enzo redeems self with new single