Pound slips in early trading after delay on Brexit vote

The pound slipped against the dollar as commercial currency markets opened for the first time since MP’s backed a move to delay approval of the Brexit deal. 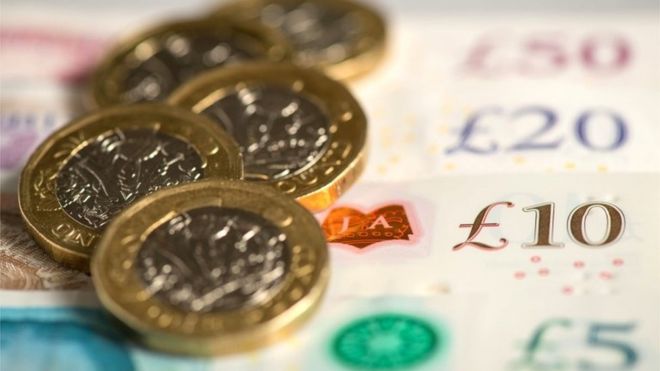 Most big banks in London had called in extra staff, expecting volatile trading after the first Saturday sitting in the House of Commons for 37 years.

But the pound’s reaction was muted as foreign markets opened for the week, slipping 0.6% against the dollar to $1.29 as trading started in Australia.

On Friday, the pound had been trading close to its highest level for five months against both the dollar and the euro.

“There was an initial sell-off, but it was much shallower than markets had anticipated,” said Russell Lascala, global head of FX at Deutsche Bank.

Deutsche Bank, like many other banks, had set up additional staff to come in on Sunday expecting a strong reaction to Saturday’s vote.

But it scaled back numbers after the weekend’s events – which saw Prime Minister Boris Johnson send an unsigned request to the EU for a further delay, accompanied by another letter – signed this time – clarifying that was not his own personal position.

Events serious enough to require extra staffing out of normal trading hours are relatively rare in currency trading, normally linked to a big infrequent event like an election with an uncertain outcome, for example.

But Mr Lascala said that, since the Brexit referendum, there had been five or six such events.

“The uncertainty has been going on for years. The market is begging for clarity, to be able to invest or not invest.”

He said the current level of the pound, which is trading is at its highest level for around five months against the dollar, suggested the currency market believed the Brexit negotiations were now coming to a conclusion.

Currency analysts said they expected the next strong movement in the pound to be when the Brexit deal is voted on in Parliament.

However, after Saturday’s vote many believe, a no-deal Brexit is now less likely. US investment bank Goldman Sachs, which issues regular updates to its clients, now rates the probability of a no-deal Brexit as 5%, down from 10% previously. BBC News

I will ‘always’ protect my family, says Prince Harry