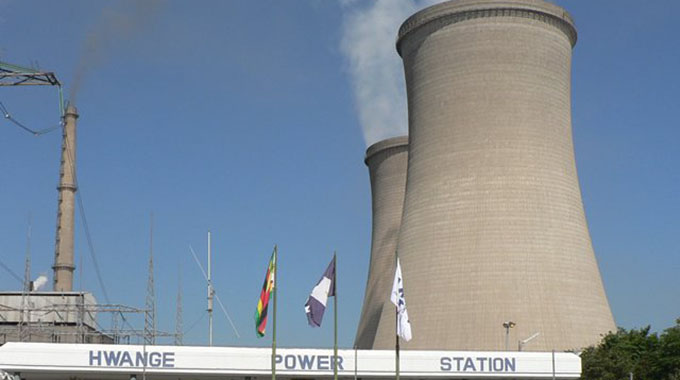 Subdued power generation at Hwange Power Station is contributing to prolonged load shedding as only four units out of six are operating, general manager for the plant, Engineer Arnold Chivurayise, has said.

He told Energy and Power Development Minister Fortune Chasi during a tour of the expansion project for units 7 and 8 that operations were hampered by incessant breakdowns due to ageing equipment and a shortage of foreign currency to purchase spare parts.

The giant station is operating below capacity with other remaining units also not working efficiently.

Eight die in mine blasts

“The equipment here is over 30 years old and yet design lifespan of a power plant is 25 years. We have to refurbish some of the units thereby extending the life span.

“Although this has helped in the short term it has not solved our problem as we have continued to have challenges with breakdowns of other units,” said Eng Chivurayise.

“This has been exacerbated by the fact that some of the units have gone beyond their statutory servicing due to financial constraints. There is a need to overhaul all the units and replace old equipment to ensure improved efficiency.

He said the other unit had a damaged generator rotor and was awaiting installation by an Italian company following purchase of spare parts.

“We need to do a complete overhaul of all the units and replace old equipment to get efficiency. Financial resources are not availed in good time leading to delays and this has also contributed to us not running efficiently,” Eng Chivurayise.

The power utility is facing a plethora of challenges that include procurement limitations, shortage or inadequate foreign currency allocation by RBZ for spares and running costs that exceed collected revenue.

Zimbabwe Power Company (ZPC) head of operations, Engineer Kenneth Maswera, said the company was looking at other ways of reducing the cost of running the plant such as introducing plasma technology to replace diesel and Coke Oven Gas (COG).

Although the station uses coal as its primary fuel with diesel as secondary for its boilers it requires up to two million litres per month, which translates to US$20m.

“In order to cut on our use of diesel to fire up our boilers we want to use the plasma technology to replace diesel thereby reducing consumption of the fossil fuel by 90 percent through the technology.

“We also have an opportunity to use COG, which we used to get from Hwange Colliery around 1994,” he said.

“We have companies that have expressed interest to supply, which might mean that we might totally run on COG. So, a team was set to do due diligence.”

Minister Chasi said Government would do its best to support ZPC in ensuring that it worked efficiently in generating electricity for the country.

“The primary purpose of increasing the tariff and making it cost reflective is to say that we want a solvent Zesa that is able to interact with other players in the region and world to get financing.

“The new cash flows or inflows that will be coming in arising out of this tariff will be applied towards generation of power first and foremost,” he said.

The Minister said he was pleased with progress being made on the expansion project for units 7 and 8. The Chronicle

Eight die in mine blasts