A FAMILY in Zhombe’s Mzemba Village got the shock of their lives after one of their sons whom they had “buried” days earlier, walked in. 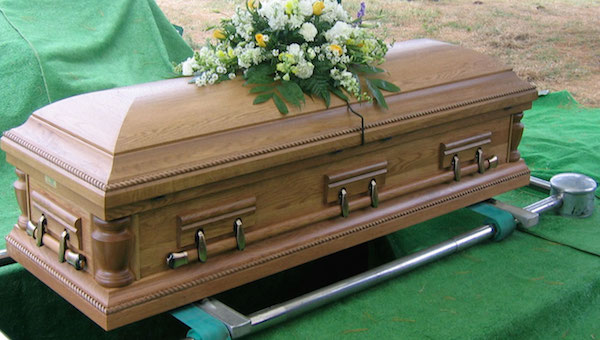 The Sibanda family from Mzemba Village under Chief Ntabeni in Zhombe, scampered for cover as they could not believe they were seeing Melusi Sibanda when they thought they had buried him.

Some of the elderly family members who were reportedly seated around a bonfire when the “ghost” appeared are still recovering from injuries they sustained after they fell into the fire.

It took the courage of a neighbour who came in to interrogate the “ghost” for the family to believe it was indeed their son and to realise they had buried a wrong body.

“Indeed I received the reports but I am yet to get the finer details as to what happened,” she said.

However, a source close to the happenings said the family received the news of Melusi’s reported death.

“Melusi was based in Botswana and the family received news that he was not feeling well and was admitted to a hospital in Botswana. When one of them decided to go and find out what was happening, they failed to get hold of him,” said the source.

Upon visiting the said hospital in Botswana, the relative was told that there was a Melusi from Zimbabwe who had died earlier and the family concluded that it was their son who had died.

“Repatriation arrangements were made and they ferried the body to Zimbabwe for burial. We were only shocked to see him enter the homestead a few days ago. People panicked as it was in the evening and they thought it was a ghost,” revealed the source.

Chief Ntabeni said he was yet to receive the report as he was in Harare on Parliament business, but said he would advise on the correct procedure to be taken regarding the burial of a wrong body. B Metro

US$95k goods up in smoke