In one of the local suburbs, family and friends seem to be joyfully gathered beneath a purple and white well-decorated tent. 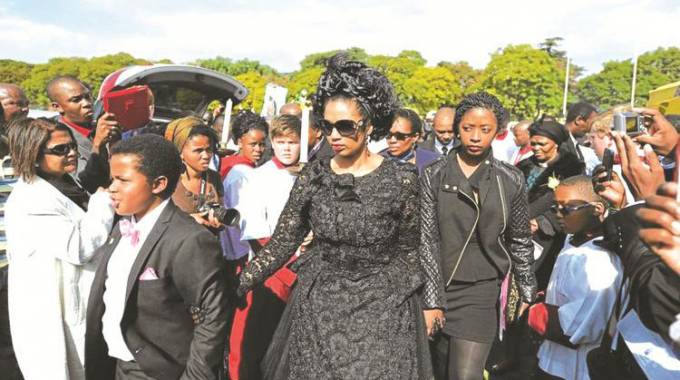 The people in attendance are clearly engrossed in the “celebrations” and are donning trendy custom-made apparel.

When death is more important than health

Drama-filled send-offs. . as mourning is taken to shocking…

Image branded caps, mugs, t-shirts, and giant flowery hats are all over.

While the setting can pass for a birthday party or a wedding, people are actually mourning!

It is a funeral!

The tone there is not really sombre.

Many families from across the country are now sending off their departed beloved ones in this manner.Traditionally, funerals have been associated with wailing.

Funerals were a sad period for the family and carried dignity, humility and honour.

Relatives, neighbours and friends were considerate and would not make noise during the wake and even for days after.

However, modernisation seems to be eroding this custom.

While some still mourn their loved ones the traditional way, the majority are now opting to bereave the “classy” way, turning funeral wakes into celebrations of sorts.

Instead of pondering on the issues that arise from the demise of a relative or friend, the bereft are now increasingly becoming more interested in rejoicing in the memories of the deceased’s triumphs.

And again, these sad occasions have become the “perfect” platform for the well-to-do to display their financial muscles.

Their bold financial statements often leave lasting memories long after the burial of the deceased.

Expensive alcoholic and non-alcoholic drinks are the core of proceedings and mourners even change their outfits frequently throughout the funeral wake, turning the event into mini fashion shows.

While other occasions are followed by ‘after parties’, funerals now have ‘after tears’, where attendees “dance, eat and drink to a life well lived”.

Elderly citizens are finding it hard to embrace this phenomenon, with many saying the tradition of burying their loved ones with dignity has been lost.

Traditionalist Sekuru Friday Chisanyu said in the past, there were rules to guide funeral proceedings.“Televisions and radios could not be switched on during funerals. People could not go as they please in the family’s yard,” he said.

Sekuru Chisanyu added that the deceased person’s family would not venture outside the homestead after sunset as this was considered taboo.

“Going against this custom would bring bad luck to the family.

“People are now liberal and are doing as they please. There is very little that elderly people can do now,” said Sekuru Chisanyu.

Conversely, social commentator and Glory of God Ministries founder Elizabeth Munodawafa sees nothing wrong in celebrating the life of the deceased.

He noted that the African Ubuntu allowed people to mourn together. However, she said some people have hijacked the practice of celebrating life to pave way for other horrible practices.

“Unfortunately this kind of togetherness has been hijacked. Traditional funerals never allowed unnecessary noise or the so called ‘after tears’ we see today,” she said.

In fact, funerals have been commercialised such that in some cases they land grieving families in unnecessary debt. They have become big business, not only for funeral insurance companies but also for players in the events management sector.

One would be pardoned for concluding that many people are now planning more for their loved ones’ funerals instead of taking care of their welfare when they are still alive. The Sunday Mail

When death is more important than health

Drama-filled send-offs. . as mourning is taken to shocking levels

Dying in the Diaspora