FOLLOWING sensational allegations that their league match was targeted for manipulation, Zifa Southern Region Division One campaigners ZPC Hwange have written a formal letter of complaint to the Southern Region executive committee led by Andrew Tapela. 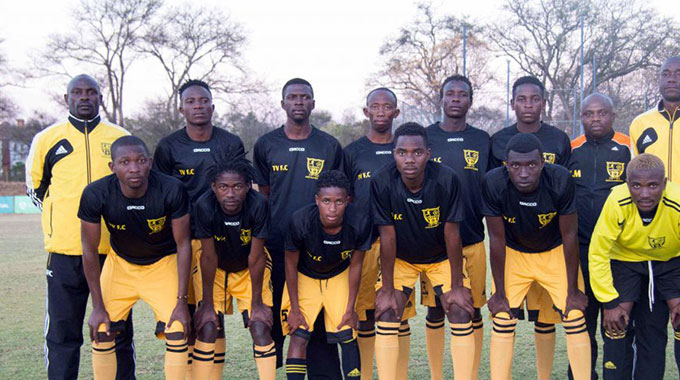 Title contenders Talen Vision were accused of trying to bribe four ZPC Hwange players by giving them US$100.

Although the targeted match played at Chakona Stadium in Hwange last Saturday ended goalless, ZPC Hwange believed the match was not held under fair conditions as they suspect some of their players may not have been as honest as the player who blew the whistle.

“As you might be aware, we played against Talen Vision FC on the 17th of August 2019 at Chakona Stadium in Hwange and the match ended in a nil-all draw.

Counselling for Talen Vision players after tragedy of their…

“However, we strongly believe that the match was not played under fair conditions,” reads part of the letter of complaint written by club secretary-general Mehluli Thebe.

“About a week before the match, some members of Talen Vision FC started making phone calls to some of our players to influence the outcome of the game. This went on until the eve of the game when one gentleman came to Hwange to meet our players at their place of residence and gave him (whistle blower) US$100 to influence the result of the game in their favour. He further asked to be linked to three more players who were going to be in the starting line-up, including the goalkeeper,” wrote Thebe.

He said because the approached player was an honest athlete, he had all along been communicating with the club officials over the developments.

“Fortunately, the approached player was updating our officials on the goings on and we managed to apprehend the gentleman who confessed that he was sent by Talen Vision and the calls were being made by the assistant coach and goalkeepers’ coach.

“We later released him as we believe everything should be dealt with by your esteemed office. In view of the above, we feel the game was not played fairly, as we feel it is not only this honest player who was approached, so Talen Vision cheated to get the result. We therefore request your esteemed office to consider the issue and provide a fair ruling,” concludes the ZPC Hwange letter of complaint.

It was established during the week that the go-between was former Railstars player, Mtewa Masiku.

Contacted yesterday on why they didn’t make a formal police report over the bribery scandal, Thebe said the law of precedence on the local football scene convinced them to use football avenues in resolving the matter.

“We might have taken him to ZRP, but that would have seen the matter probably dying a natural death because court processes have many technicalities, as we saw in a previously similar case involving Bulawayo City. As a club we discussed and settled for the best possible route to take that might give us results where football will at the end of the day be the winner,” said Thebe.

However, Talen Vision continued to distance themselves from the whole saga and even labelled Masiku a bribery schemer.

“As a club, we believe in fair play and we don’t tolerate such behaviour. If the said coaches were involved in these allegations, then as a club we stand to do our investigations. We believe at the end of the day, football must be the winner,” Talen Vision chairman Mishon Tsabalaka said. The Chronicle