Posh Harare nightspot, Club Sankayi, which was shut down in February this year, barely a year after opening, will be reopened this Saturday under a new name, Dreams. 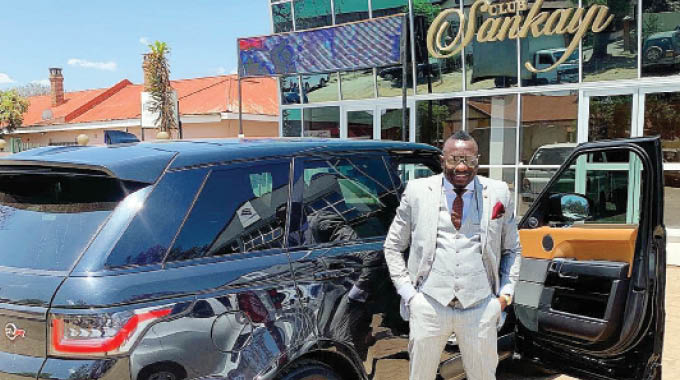 Its proprietor, flamboyant businessman Genius “Ginimbi” Kadungure, a well-known party freak, said party lovers were in for a treat as Dreams, like its name suggests, will be a lifestyle club.

With Sankayi being his first nightspot, Ginimbi said he had learnt a lot and learnt from past mistakes. As such, he is confident that he will change the entertainment scene, not only in Harare, but in Southern Africa with this new club.

To give the club the opulence it needs, it will be launched live on international music channel Mtv Base by Ginimbi’s American stripper friend Cici Amor, socialites Pokello Nare and Nyasha Mushekwi’s ex-wife Luminitsa Dumbisa Jemwa who will be the hosts.

In an interview yesterday, Ginimbi said he shut down Sankayi after he noticed he had made mistakes because he was a novice in the entertainment scene.

“When I opened the nightclub in May last year, it was my first time to run one. I realised all the mistakes that I had made from the setting up of the club and for us to fix all those mistakes, we needed to close the club and rebrand.

“We also decided to drop the Sankayi name because we didn’t want anything to do with it. The owner is the same, but the name has changed,” said Ginimbi.

The businessman who is known for his collage of high end cars, described Dreams Night Club as the Rolls Royce of nightspots saying it will be the best in Southern Africa.

“Like cars, there’re levels – you have Rolls Royce and Mercedes Benz. This (Dreams Night Club) is the Rolls Royce of nightclubs. I can say it’s completely different because I’ve redone the whole club and it has a new look.

“We’re going to offer the best nightlife in Southern Africa, not only in Zimbabwe. The way we’ve done it is too much for Zimbabwe and people will notice this on Saturday,” said Ginimbi.

Dressing, Ginimbi said was of high importance at this club. He urged people to dress up when going to club there in order to avoid the embarrassment of being sent away by the bouncers.

With a huge continental following on social media, Ginimbi, a Harare International Carnival ambassador, with this club, is likely to promote the country’s tourism as people will want to experience his club. The Chronicle

Chunga blocked . . . Not qualified to coach TelOne side

No to violence and hooliganism: PSL