Two suspected armed robbers raided a mine in Shurugwi belonging to a Chinese national and went away with 889 grammes of gold worth US$33 500, US$6 000 cash, eight cellphones and clothes at gunpoint. 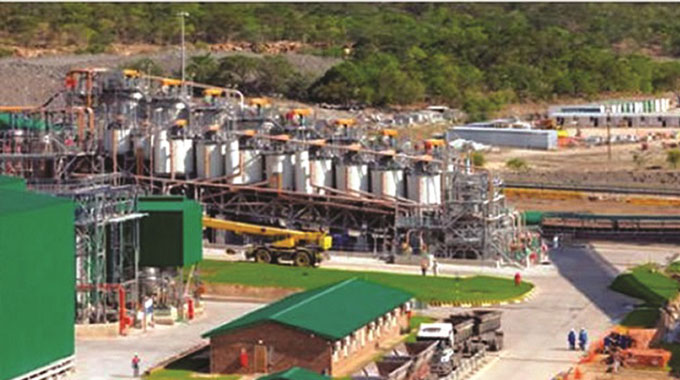 They were remanded in custody to August 9.

The two accused persons, who are alleged to be linked to several pending cases of armed robbery, connived with five other suspects who are still at large to rob Sinononferous Metal Resources in Shurugwi in the Midlands province.

Prosecuting, Mr Nkathazo Dlodlo saidon July 10, the accused persons gangedup with Thabani Mpofu and three other suspects only identified as Shacks, Shailock and Julius, who are still at large and they allegedly raided Sinononferous Metal Resources.

“On arrival, the accused persons, who were armed with a pistol, confronted the owner Mr Xhang Xhinda and robbed him of 889 grammes of gold, eight Huawei cellphones, US$6 000, RTGS$3 200 and clothes at gunpoint,” said Mr Dlodlo.

A report was made to the police officers leading to the arrest of Chatikobo and Maposa. They were arrested at Highlanders Clubhouse in Bulawayo while they were looking for a gold buyer.

The court heard that detectives recovered 889 grammes of gold worth US$33 500 and two cellphones.

“The two failed to produce mining documentation for the gold they were carrying.

Mr Dlodlo further told the court that on April 13, Maposa, Witness Hlongwane and three other unidentified suspects broke into a house in Tshabalala.

He said the five-man gang, which wasarmed with machetes, knives and pistols, demanded money from the family. The Chronicle