A 70-year-old woman urinated in the mouth of her neighbour’s dead body in an effort to resuscitate her after she collapsed and died at a funeral in an incident that shocked mourners in Mandawa Village under Chief Nembudziya in Gokwe. 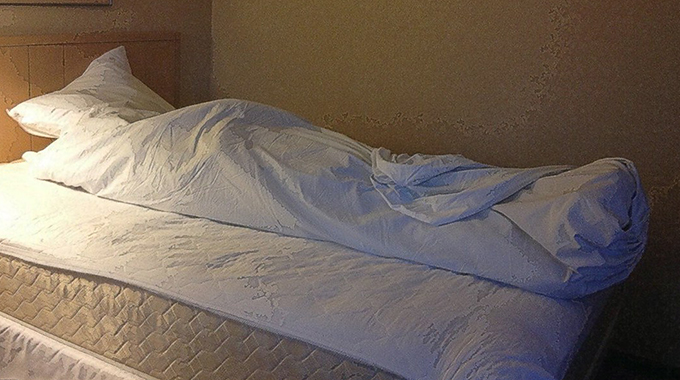 The matter was heard when Maidei Mamombe appeared before Chief Nembudziya’s traditional court after she tried to resuscitate her neighbour Taizivei Mugido who had collapsed.

Chief Nembudziya in whose jurisdiction the area falls under confirmed the incident.

“I can confirm that l presided over a case of a woman who urinated on a dead body in an attempt to resurrect it,” he said.

Chief Nembudziya said Mamombe had a misunderstanding with the now deceased at the funeral.

“The two women had a misunderstanding and they ended up exchanging harsh words. While they argued, Mamombe accused her neighbour Mugido of witchcraft alleging that she was the one who killed the 10-year-old boy whose funeral they were attending.

“The deceased did not take the accusations lightly and she collapsed and she hit her head on a stone that was nearby. Mourners tried pouring water on her body but all was in vain. Mamombe then opened the deceased’s mouth and urinated inside in a bid to revive her, in full view of the mourners,” he said.

Chief Nembudziya said the deceased was ferried to hospital where she was pronounced dead upon arrival.

“The deceased was rushed to the hospital and was declared dead upon arrival,” he said.

He said he warned Mamombe not to do such practices in future as this practice was abolished long ago.

“What she did was actually practised long back but has since been abolished. She acted out of panic hence she cannot be handed a heavy punishment,” said Chief Nembudziya. B-Metro