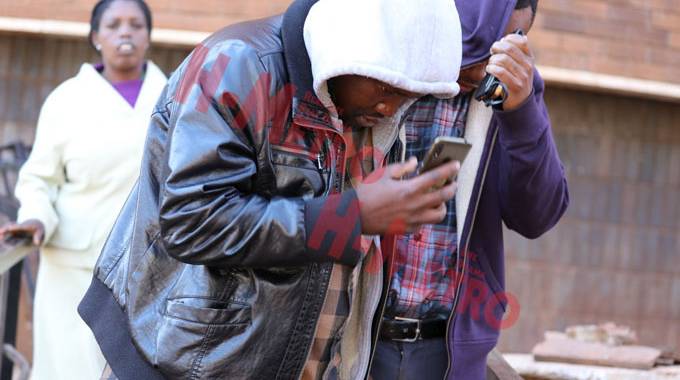 Remigio Chiguvare and Caven Sheshe were not asked to plead when they appeared before Harare magistrate Barbra Mateko.

Allegations are that in October 2016, the two connived with Feroza Omar and Zhanin Latife who have already appeared in court to receive US$131 000 into their Ecobank company account.

According to the complainant, the duo received the money after being engaged by Feroza and Zhanini and the agreement was that the two were supposed to give him that same amount in hard currency.

14 things to know about how Hushpuppi was arrested by Dubai…

Feraza and Zhanin claimed that they had dealt with the duo to access hard cash from their deals in the trade of fuel.

Instead, the two violated the agreement and converted the money to their own use.

The State led by Idah Maromo opposed Sheshe’s bail application on the basis that he failed to provide a fixed residential address which is a prerequisite in bail consideration.

Maromo also opposed bail as it was alleged that he was interfering with witnesses at Ecobank where he fraudulently had his bank account unfrozen despite it being frozen to allow investigations.

The matter will be back in court today for bail ruling. H-Metro