Reports of alleged fixing of the Warriors match against the Democratic Republic of Congo at the 2019 Afcon finals in Egypt where they exited on Sunday after the group stages, on the back of poor performances, have surfaced. 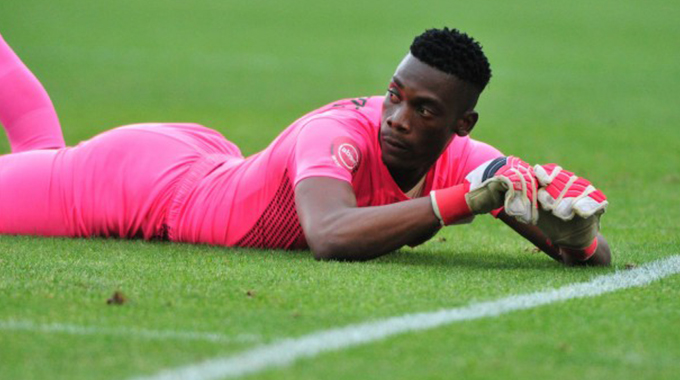 The Confederation of African Football (Caf) officials were not responding to the allegations yesterday. The reports surfaced in the Madagascar media yesterday, claiming the Democratic Republic of Congo could be thrown out of the finals for attempting to influence the outcome of their Group A showdown against the Warriors on Sunday.

The report, quoting unnamed sources, claimed the Caf leaders were seized with the manner and suggested that wealthy Congolese businessman and politician, Moise Katumbi, the multi-millionaire owner of five-time African champions, TP Mazembe, could have been involved in the plot to sway the Zimbabwe goalkeeper, Elvis Chipezeze, to underperform in the big match and boost the cause of the Central Africans.

The media outlet in Madagascar claimed its sources had revealed the Caf leadership were considering throwing the Congolese out of the finals and banning the country from taking part in the tournament for three years because of attempts to try and influence the result against Zimbabwe.

Jordan Zemura to miss Warriors’ thriller versus the…

The report also claimed that Katumbi was seen at the hotel the Warriors were staying, Le Meredien, which also housed the Congolese as per the draw for the accommodation that was done by Caf prior to the tournament, apparently trying to put his plans into motion.

It also claimed it was unlikely the Congolese would be allowed to play their Round of 16 match against Madagascar on Sunday and could either be replaced by the Warriors, who would be handed the match on a 3-0 scoreline, or the Indian Ocean islanders could be handed a walk-over into the quarter-finals.

However, a 3-0 scoreline for the Warriors, if it came to that, would mean that they play Senegal, and not Madagascar, given they would have finished second in the group.

Our sister paper, The Herald, sent questions to the Caf communications director, Nathalie Rabe, who is also from Madagascar, Caf media manager, Mohamed Thabet, Caf media manager/English editor Kofi Adae and the organisation’s internal communications chief Noha Nassif to try and establish if there was any truth in the report, but there was no response from all of them.

The report in the Madagascar media said a “Congolese leader (Katumbi) reportedly coerced the Zimbabwean goalkeeper to let the DRC score the four goals against Zimbabwe,’’ describing the result of the match as a “crazy outcome.’’

There were also claims in that report, that “a large sum of money was supposed to be transferred into the bank of the Zimbabwean goalkeeper,’’ but the transaction was not completed after an Egyptian bank raised the red flag and reportedly declined to handle the issue.

“From the revelations of this case yesterday morning, the Caf, according to a reliable source, was seized with the matter and an emergency inquest had been opened with the DRC risking a suspension of, at least, three years from Afcon and a heavy fine,” said the report.

“In case of suspension, it was not clear who will face Madagascar, a Zimbabwe triumph (in the game against DRC) was expected because of the way they had fought gallantly in the 0-1 defeat to Egypt in the Afcon opening match and the 1-1 draw against Uganda while the DRC had conceded four goals, without scoring, in their two matches.

“For the moment, let’s keep our fingers crossed and wait for the result of the Caf emergency committee, an emergency investigation is taking place and hopefully it will lead to some good news for Barea (the nickname for the Madagascar national team) and it’s not some fake news for the country.’’

The Congolese won the match against Zimbabwe 4-0 at the June 30 Stadium, in a result that shocked the continent given the way the Warriors had impressed in their first two matches against hosts Egypt and Uganda.

Stand-in Zimbabwe goalkeeper, Elvis Chipezeze, playing only because regular first-choice George Chigova pulled out of the match after sustaining an injury during warm-up, had a horror show between the posts, gifting the Congolese the opener in the fourth minute, conceding a penalty and then fumbling a tame shot for the fourth goal.

The Congolese are now set to meet Madagascar in a Round of 16 match in Alexandria on Sunday after the Indian Ocean islanders, making a debut at this tournament, shocked the world by topping Group A following a sensational 2-0 win over the Super Eagles of Nigeria.

The team finishing third in Group A in the event qualified as one of the best four third-placed teams among the six groups, was also drawn to face the team that finishes top of Group A and after all the results had been factored in, a 1-0 win for the Congolese in that final match would have taken them to a knockout battle against Madagascar.

A 1-0 victory for Zimbabwe in that match would have automatically taken the Warriors into the knockout stages, and a clash against Senegal here tomorrow, given they would have ended second in their group with Uganda, who lost 0-2 to Egypt in the final match, finishing third and taking on Madagascar. The Chronicle

Zimbabwe runs out of passports, adding to long list of shortages