It’s hard to write this, but one gets a feeling that, to some of the organisers of the 2019 Afcon finals, the Warriors’ elimination from the tournament on Sunday, amid the chaos of the collapse at the June 30 Stadium, represented good riddance. 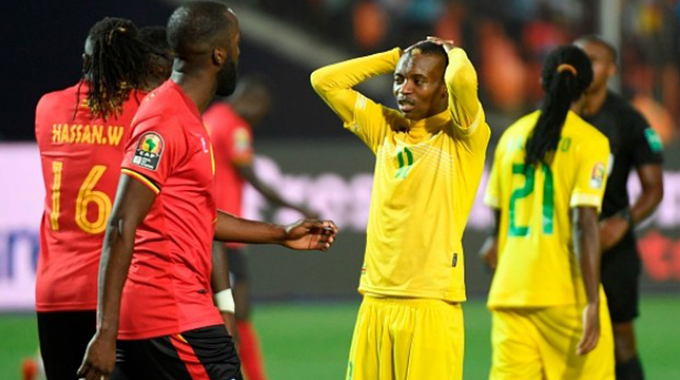 They will not say it in public, but many insiders have been painting a picture of growing disillusionment, among some of the organisers and Caf officials, about the volatility, and toxicity, of the situation that has been the story of the Warriors’ camp on this tour of duty.

They have been briefing us of growing tension, and disappointment, that the never-ending disputes over pay, which have stalked the Warriors since the eve of their opening match against Egypt, have been casting the tournament in bad light because of the negative headlines around the globe this has generated.

The opening match of the Afcon finals is usually one of the games that attract the biggest global television audience and some Caf officials and organisers were disappointed that the narrative, in the countdown to the match, was poisoned by reports of the unrest in the Warriors’ camp.

Caf officials had gambled on this tournament to deflect some of the attention from negativity, after the organisation’s boss Ahmad Ahmad was questioned by French police last month, but the reports about the unrest in the Warriors’ camp just fed into the toxic narrative.

“The things that happened just before the first game, with that story of the Zimbabwean players threatening not to fulfil the match against Egypt, could not have come at a worse time and there were concerns among a number of us about the damage this was doing to Caf,” sources said.

“A figure, no less than the Caf first vice-president (Amaju) Pinnick was even dispatched to the Zimbabwe camp late in the night to sort out the mess and that shows the extent that Caf were concerned about the issues that were coming out of there and how they were finding themselves in reports around the world.

“Of course, the Zimbabwe issue was not the only one here because Cameroon, who even have a bigger profile than your team and are the defending champions, delayed their flight to here because of money issues and that was a bad one too for Caf and the organisers.

“Nigeria, the most populous nation in Africa and whose national team has a big following everywhere it plays, also had issues, but what made the Zimbabwe case a difficult one was that it kept on coming and coming, even when it appeared as if it had been resolved.”

Concerns, therefore, also rose about what qualification, for the knockout stages by the Warriors, would have at the tournament given that the payment issues were again set to dominate their stay here. “Yes, there was concern that should the Zimbabwe team qualify for the next round, the issues over pay would dominate because from what we heard, there was a contract that was signed between the players and the Zimbabwe FA officials where the players would be paid specific amounts game by game,” the sources said.

“Given the contracts contained clauses, we are told, that provided for payment just for appearance in a match, this would have meant that every extra game would need some extra payments.

“The money that the Zimbabwe FA would have received, that is about an extra US$175 000 if the team had made the Round of 16, would not have been enough to guarantee that everything would be paid without the case of the protests emerging again in their camp.

“No one will say it publicly, but there is a sense that the elimination of the Zimbabwe national team is being welcomed by some people among the organisers, and even the Caf leadership, because of the issues that have been happening here.”

The pay rows that stalked the Warriors’ camp culminated in consideration being made by Zifa officials last week whether it would be better off to withdraw the team from the 2019 Afcon finals. The Chronicle