A Highfield woman is battling for her life after her eyes were pricked in a robbery at her Highfield home in broad daylight. 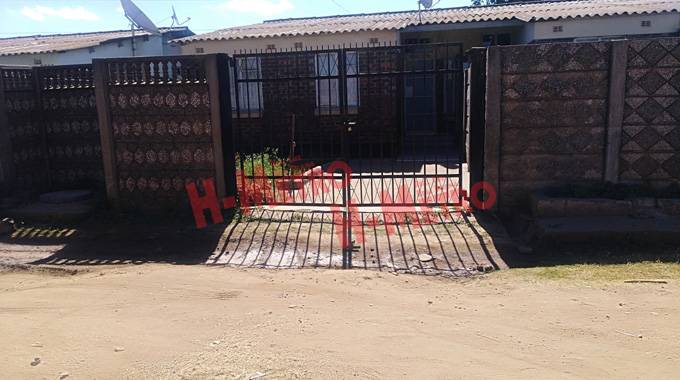 The incident occurred on Tuesday around midday when the intruder entered the victim, only identified as Mai Kuda’s, house while she was away.

Mai Kuda could not be drawn into commenting on the mishap as she is currently hospitalised with information that she was scheduled to undergo an operation yesterday.

Narrating the ordeal, an unidentified neighbour said the intruder went over the security wall and entered the house where he stole some goods.

“The robber went over the security wall because the gate was locked and when Mai Kuda came back she unlocked the gate not knowing that there was an intruder in the house.

“When the intruder noticed that there was someone in the house, he took a jersey and covered his face fearing getting identified,” said the neighbour.

The neighbour said the robber then took a knife and pricked her eyes while shouting that it was the only way he could not be identified before making away with the loot.

“When we heard her screaming we ran to her house but the intruder was long gone, people who saw the intruder said he was very young,” she said.

Residents who spoke to this publication expressed fear as cases of robberies were on the rise.

“We are no longer safe; if these intruders can do this in the afternoon; what more in the evening.

“Even if we lock ourselves in the houses they will break in, zvavakutyisa,” another resident.

Neighbours pleaded with the authorities to take action.

“Something should be done and these thieves should be jailed.

“We fear for our children; there is need to take action before someone else gets hurt,” she said. H-Metro