A Chitungwiza pregnant woman was burnt to death while trying to save essentials, popularly known as preparation, for her unborn child. 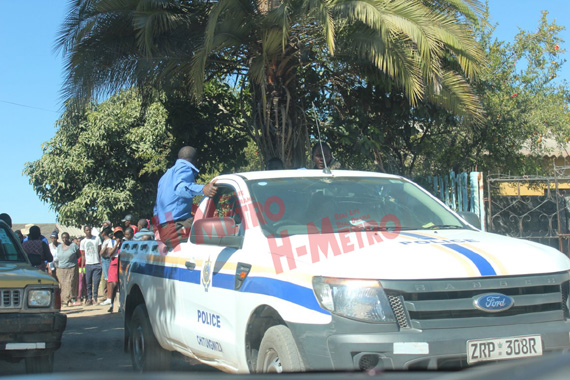 Primrose Panganai, 23, of Unit P in Chitungwiza was burnt to death on Monday night following a fire that spread after a suspected gas leak.

Narrating the ordeal, the father of the deceased, Norman Panganai said the gas leak had not been noticed and when Primrose lit a match stick there was a sudden ball of fire engulfing the whole house.

“I came back from work around 7pm and my wife asked Primrose to warm my food in the kitchen, which was also used as a bedroom.

“She did not realise that the gas was leaking and when she lit up the matches the fire started.

“It spread to the washing basket before it burnt the blankets and the bed.

“The fire spread to the whole house but we managed to rescue our little children, who sustained minor injuries.

“Primrose was the first one to get outside but to my surprise she went back trying to take out her bag of preparation,” he said.

“She was pregnant and she was trying to rescue her baby’s clothes as well but when I saw her I instructed her to get outside and leave everything.

“Since we were all busy I thought she went out but she went on to take her preparation bag but to no avail.

“She was then engulfed by the fire which destroyed the whole house as you can see.”

Panganai said everyone in the house was injured due to the fire.

“Everyone sustained injuries due to this fire and I have injuries on my hands as I was burnt trying to take out my children and also rescuing my wife.

“One of the children was burnt on the leg, honestly it was a horror of my life.”

Some witnesses said that the family could have been keeping petrol in the house which then became a catalyst to spread the fire.

“I think Panganai was keeping petrol in the house, that’s the reason behind this disaster.

“It’s sad that Primrose lost her life while pregnant,” said one neighbour who refused to be named.

Some neighbours said the family did not get enough support.

“We tried to stop the fire using water with the little resources we had.

“We also seek support from the responsible authorities to be readily available in times like these.

“The numbers of fire brigade should be available so that they are reachable in time of need.”

When H-Metro crew arrived the injured were yet to be medically examined.

“No one bothered to take them to the hospital yet they sustained injuries which requires medical experts.

“They have burns and they are overlooking their health at the expense of the deceased.”

LPG has an added odour which should be used as a security feature as you should make sure you use LP Gas in well ventilated places only.

Cylinder valves should be checked regularly and one can use liquid soap foam to test for leaks and bubbles will foam when the valve is closed to indicate leaks.

Gas stoves and cooker tops should be serviced regularly and a cylinder should be stored at upright position to make sure the gas cylinder valve is tightly closed when not using it.

This allows all the LP gas in the hose pipe to burn and the stove should then extinguish on its own.

More emphasis should be on entering a room with an LP Gas filled cylinder were one should try to detect traces of the smell, LP Gas is odourless.

The smell was specifically added, in order to act as a signal of presence in the atmosphere.

Once you detect the smell you open all the windows and check the cylinder valve and never ignite a naked flame once you detect a leak.

Children usually play with cylinder valves by letting out LPG and pressure into the atmosphere. It is advisable to store away from children.

Some with financial stamina can use metal fabricated screens and lock them up outside the room, only the stove and hose can be allowed inside.

It is indeed a sad development and we offer our condolences on behalf of ZESA but however we cannot do anything about it because electricity supply outage is beyond our control.

The reason why the country does not have sufficient electricity is because there’s no enough power to supply the whole country.

If people decide to use other means of power supply they should take safety precautions to avoid dangerous incidents like the one that has happened in Chitungwiza which we regret.

Load shedding will not end anytime soon because the country does not have enough power supply so people should try to be safe when it comes to power sources be it fire, gas or generators. H-Metro