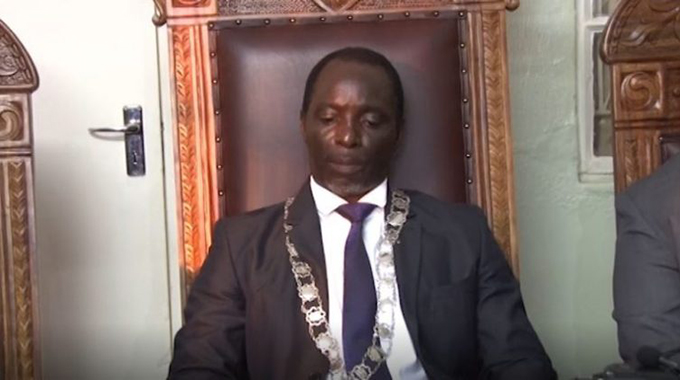 Battle lines have been drawn between tenants in Victoria Falls town and property owners who are demanding outrageous United States dollar amounts for payment of rentals for their properties.

Concerned residents have approached the Victoria Falls Municipality and Government to intervene. Unscrupulous landlords are now demanding rentals in US$ and are refusing to accept RTGS and EcoCash payments thereby leaving many stranded.

A room is now pegged between $50 and $100, which translates to between RTGS$400 and RTGS$800 per room on the prevailing black market rate. The rentals exclude other charges such as rates and water bills.

The rent madness is not confined to households as office space owners are also demanding between US$400 and US$1 000 per month per office with effect from June 1.

A majority of tenants are vacating premises as they cannot afford to raise the US$ but have a challenge of getting new premises because Victoria Falls has limited office space. Those who spoke to Business Chronicle said more and more landlords were demanding US$ for rentals

They called upon Government to regulate the property sector.

“Something needs to be done. We need a regulation because people earn on average between RTGS$350 and RTGS$500 yet they are expected to pay rent in forex,” said a concerned resident who requested anonymity.

Many residents said they expected only foreigners to be asked to pay for services and other charges in forex and not locals.

“Employers are not paying workers in forex including those demanding payments in forex so where do they expect people to get the forex from?”

The residents said what has worsened their plight is that many of them do not own houses and as such were at the mercy of landlords demanding forex.

They said council was not helping the situation because it was giving priority to those seeking land for commercial use at the expense of homeseekers.

Most people are vacating offices and shops and securing a room to rent in the suburbs is now a nightmare. Another resident said some tenants have resorted to sharing office space thereby risking lowering standards given that Victorial Falls is a resort town. Residents said the US$ price madness was initiated by hardware owners who started demanding payment for building material in foreign currency.

This has resulted in most locals buying products from Zambia and Botswana where prices are reasonably cheaper. Zambians are cashing in on the situation as they overload bicycles with bags of cement to sell to Victoria Falls residents.

“Government has to intervene urgently before the situation gets out of hand. The commuting public has also not been spared by this price madness as taxis are charging exorbitant fares. We wish Government could also send us Zupco buses like in other towns where they are paying 50 cents for a distance of up to 20km while we pay RTGS$2.50 for a distance of 4km,” said another concerned resident.

The Affirmative Action Group (AAG) Victoria Falls chapter has described what is happening as contra bona mores (against good morals) and a violation of Statutory Instrument 33/2019, which prohibits such actions.

The AAG has said this is causing a lot of anxiety in the community and promoting corruption and profiteering thereby negating Government’s vision 2030.

“The situation is not confined to rent but also includes prices of other basics. This is not fair because people are earning RTGS. Government should come in because this is getting out of hand. We urgently need our own currency,” she said.

Victoria Falls mayor, Councillor Somvelo Dlamini said council is overwhelmed by complaints from residents but there was nothing the local authority could do as the issue involves private property. He, however, appealed to landlords to be humane reminding them that they pay small amounts in RTGS to council.

“These are private properties where the agreement is between the landlord and tenant hence it’s not easy for the council to intervene.

“We have received a lot of complaints and landlords are saying they built the properties on their own but we would want to urge them to be considerate because this situation is affecting everyone,” he said. The Chronicle

Mshoza: Don’t text me if your bank account has less than a million in it!

Why Zimbabwe’s female rangers are better at stopping poaching