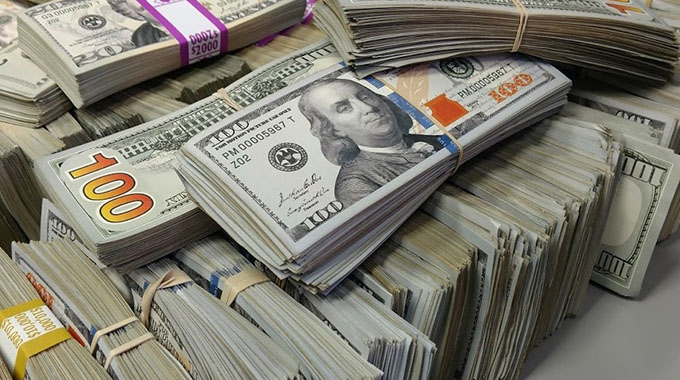 As part of their bail conditions they were ordered not to interfere with State witnesses and to continue residing at their given addresses.

They were also ordered to report once every Friday at CID Homicide. Mrs Mateko deferred the matter to June 19.

The lawyer representing Chidawa, Solomani, Mugambiwa and Mangena told the court that his clients had complaints against the police who he accused of confiscating their personal savings amounting to US$240 from their homes.

In consenting to bail, prosecutor Mr Sebastian Mutizirwa told the court that the State was not opposing it because all the accused persons are police officers and that they all live in police camps.

The court heard that on May 28 Chiwara, who operates his business as Structured Finance and Commodity Trading, went to a block of flats located at the corner of Fife Avenue and Fifth Street, Harare, to meet a friend who had offered him an exchange rate in RTGS transfer for his US$200 000 which he had.

It is the State’s case that Chiwara went to the block of flats in the company of Henry Abraham and Wisdom Hodzi where they started counting the money.

After they finished counting the money which amounted to US$200 000, the five accused persons arrived and informed them that they were under arrest for illegal dealing in foreign currency and were taken to ZRP Harare Central in a BMW 5 Series which belongs to Chidawa while Abraham was ferried in the police vehicle.

The court heard that on their way to Harare Central Police Station, Chidawa and his accomplices told Chiwara that his money would be seized. They emphasised this aspect, prompting Chiwara to suggest that he would leave part of the recovered money in Chidawa’s car and removed money amounting to US$158 400.

It is the State’s case that upon arrival at Harare Central Police Station the accused persons and Chiwara disembarked from the car with a suitcase containing US$41 600 and took it to CID TFC office and left $USD158 400 secured in the locked motor vehicle.

The court heard that whilst at CID TFC offices the accused persons counted the cash to be recorded and seized.

They further agreed to remove another US$20 590 left US$21 010 which was to be blocked as exhibit after they said they wanted US$2 000 as a bribe which they took and shared amongst themselves.

The remaining cash which amounted US$21 010 was later taken as exhibit.

It is alleged that Chidawa later gave Abraham the cash which was left in the motor vehicle and the former gave him cash amounting to US$1 000 as a token of appreciation for helping him conceal the cash.

The court heard that Abraham later took the cash which he counted and discovered that it amounted to US$146 400 and US$11 000 was missing.

‘ZPC knew of my involvement with Intratek’