Zimbabwe Basketball Union risk losing out star centre Vitalis Chikoko for next month’s Afrobasket qualifiers, unless an amicable resolution between the union and his French club Elan Bearnais Pau-Orthez can be reached within the next 24 hours. 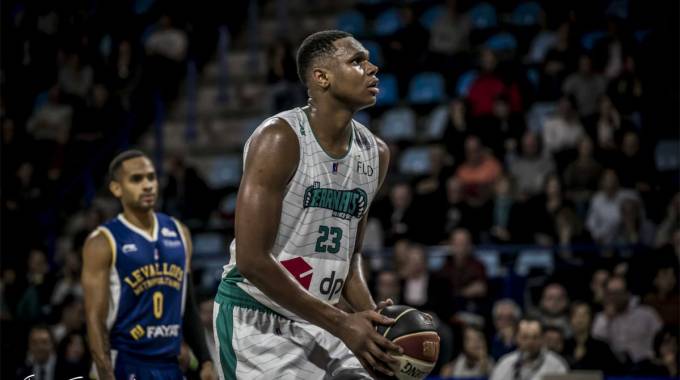 The senior men’s basketball team will be in action at the Afrobasket qualifiers at the City Sports Centre from June 2-8 but the hosts are yet to confirm the availability of their skipper and talisman Chikoko.

The 28-year-old finds himself torn between his club and country, as his French club Pau-Orthez have qualified for the play-offs.

For Chikoko, the choice is quite simple.

“Right now, I don’t know yet if l will be able make it for the games, but it will be an honour to wear the Zim jersey again,” said Chikoko from his Paris base.

“I believe BUZ and my team have been talking and a decision should be reached by Sunday. The club has to let me go but we have play-offs coming up soon and you never know what can happen in these kind of situations.

“I’m sure BUZ is talking to my team to try and make some kind of a deal that will benefit both parties,” he said.

Chikoko is a star on the rise and will be a crucial component for both his club and country’s coaches — Laurent Vila and Addison Chiware — as they bid for the French title and a berth at the AfroBasket Championships.

Only last week, Chikoko was voted first runner-up for the coveted French National Basketball league (LNB) Most Valuable Player award, and that has left the former Mbare Bulls centre bubbling with confidence.

“Simply getting the nomination was one of my targets when the season begun,” said Chikoko.

“Now that I have got it, my confidence is sky high. It comes as validation that I am indeed one of the best in the league, and it’s possible to be the best. If I keep working hard, I know I can go one step further and win it all,” Chikoko said.

Despite finishing the regular season fifth with Pau-Orthez, Chikoko emerged as one of the best centres in the league, averaging 15 points, eight rebounds and with an evaluation of 19.

His season high of 36 points against Gravelines-Dunkerque in April, all but cemented his club play-offs position.

“This is by far one of my best seasons since coming here. I remember, from the word go, my coach (Vila) gave me a green light to play with freedom and I would like to be believe that I am yet to disappoint him.

“I feel more at home now and I am regarded as the best big man in the league, so people respect me more now as compared to the other leagues. I was still growing. It’s my eighth season abroad and the experience I have gained over the years has helped make me a better player,” Chikoko said. Sunday Mail

From the dancefloor to entrepreneurship

Elevate, encourage each other