From the dancefloor to entrepreneurship

The local dance scene is not so easy to navigate and many who have traveled this route have fallen by the wayside. 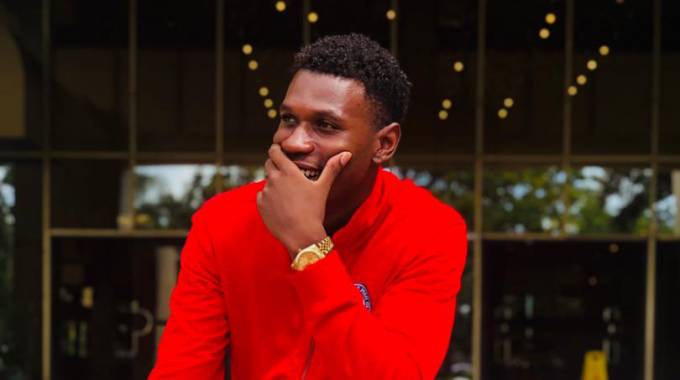 While numerous dancers have made it big, the industry has not been so kind to many, with some even giving up to pursue other ventures.

With the local arts industry dominated by music, dancers are not given much prominence. This makes it difficult for these entertainers to realize much success.

Such is the story of Ashlee Nyathi, a talented break-dancer who had a dream of making the craft his lifetime career before reality struck.

Having developed a love for the dancefloor when he was still in primary school, thanks to watching music videos from the likes of Usher, he saw breakdancing as his future profession.

The self-taught dancer went on to perfect his moves and by the time he was in high school, he was a fixture at various dance competitions.

After high school however, the young man realized that there was not much to cheer about in the local dance industry as it was not benefiting him much financially.

That is when he got his brains working and decided to start a business and thus the birth of MegProm Trading, a brand that specialises in the distribution of kapenta.

“When I realized that there was not much money to be made in dance, I decided to find something else to do that would earn me a living,” said Nyathi.

“I came up with numerous business ideas but then there is a Nigerian guy who told me to give it a try at the kapenta trade, and after he showed me the ropes and introduced me to some of the players, that is what I ended up settling for. That was back in 2015.”

At first he was importing just a few bags from Mozambique but as his clientele grew, so did his product.

Starting off selling his kapenta from a corner stall, he is now an employer, having moved to a bigger shop which has several hands on deck.

“During the first days, I would only manage to bring in about five or 10 bags of kapenta for distribution but then demand grew higher and right now we are bringing in thousands of bags per month, depending on availability from our suppliers in Mozambique.

“These days business has been booming because other meat sources like beef and chicken are expensive so matemba has become a delicacy for many people.”

Despite being one of the biggest kapenta suppliers in Mbare, the young man has not abandoned his love for dance.

“I am doing very well businesswise, but now I am also in a position where I can also make a contribution in the development of dance in the country.

“Many of the kids who dance get opportunities to shine on platforms like Jibilika and other similar initiatives so very soon I will be coming up with my own initiative to help young dancers.” Sunday Mail